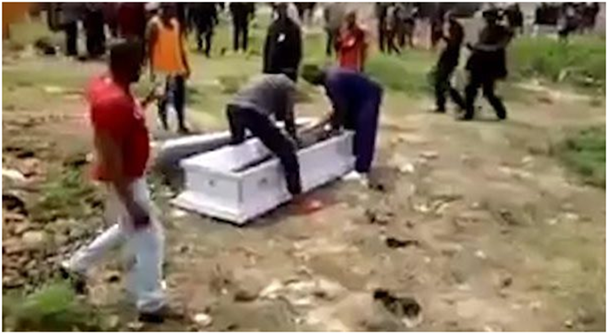 Loved ones gazed in total shock and dread when men took a family member’s suited corpse out of a coffin during a funeral ceremony in Ghana followed by it being carrying away on their shoulders.

The workers which were employed by a local mortuary, apparently conducted the mind-boggling deed because the family members defaulted on 150 Ghanaian Cedi(roughly $33) which was due for preparing and outfitting the deceased family member. 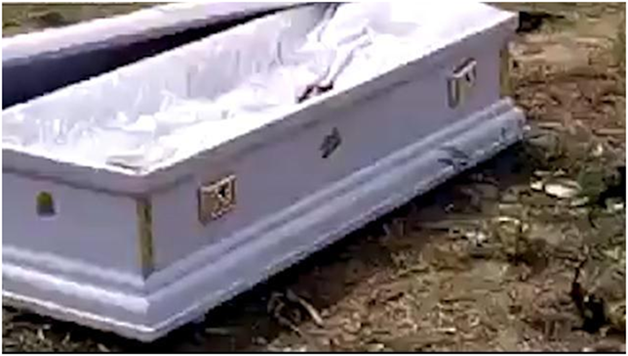 According to Citi News, the workers made an appearance at Tema Community Cemetery just a few moments prior to the coffin making its planned final descent into the ground.

An astonishing video recording displays 2 males getting a hold of the coffin and raising the corpse out as his relatives and friends looked on.

After that, the employees were seen pulling the body out, which was dressed in a gray suit, and then in a log-carrying fashion, was taken out of the cemetery. 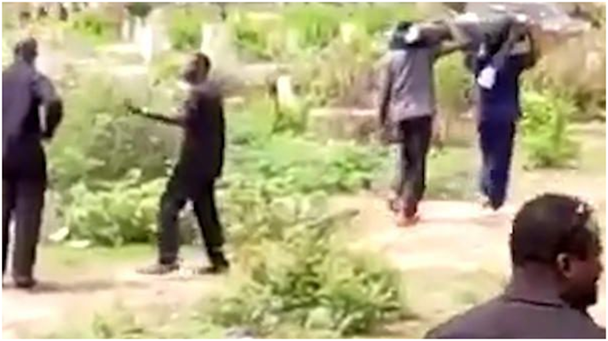 According to a worker from the mortuary, the relatives of the departed had literally run off and not paid the undertakers costs.

The undertakers at the mortuary stated, “ the family decided to run away with the body after the undertaker had dressed it. So we got wind of the incident and got angry hence our action at the cemetery…we took the body out of the coffin in an attempt to bring it back to the mortuary for safe keep until such time the money was paid.” In conclusion of the incident, the mortuary expressed, “Some sympathizers…paid us a negotiable amount of one hundred Ghana cedis which we accepted and allowed them to have the body for burial.”

Tap below if you thought this story needs to be shared