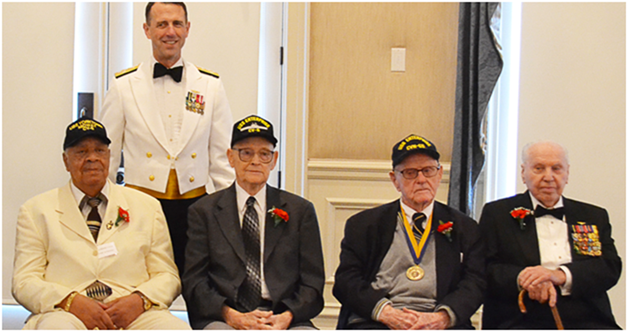 Do you speak English, pardon, French?

It’s widely known that people use English as the official language in many occasions. This is great for those who use English as their mother language, while some other countries may not be very comfortable with this fact. In this charming story, a French Navy Admiral reveals his negative attitude because of the fact that many Europeans learn many other languages while at the same time, Americans usually only speak English. One of the US Navy Admirals gives him a witty historical explanation.

This international conference included Navy Admirals from the USA, England, Canada, Australia and France. During a cocktail, all officers were chatting in English. All of a sudden, a French Navy Admiral, obviously annoyed with this situation asked: “Why is it that we always have to speak English in these conferences rather than speaking French?”

Without thinking twice, one of the USA Admirals answered, “Maybe it’s because the Brits, Canadians, Aussies and Americans arranged it so you wouldn’t have to speak German.”

The conclusion is – always look at the bright side of history!