The manager of a Montana hotel says police are investigating after a man spent more than four hours working to unbolt an ATM and dragged it out the door.

Gail Linnell tells KULR-TV the surveillance video shows the man walked into the La Quinta Inn and Suites in Billings at about 3 pm Saturday, took the stairs to the upper level, walked down the stairs to where the ATM sat and unbolted it from the floor.

‘He was able to physically, once he got it free from the bolt, just drag it out the door,’ Linnel said. ‘It’s kind of amazing, those things are heavy.’ 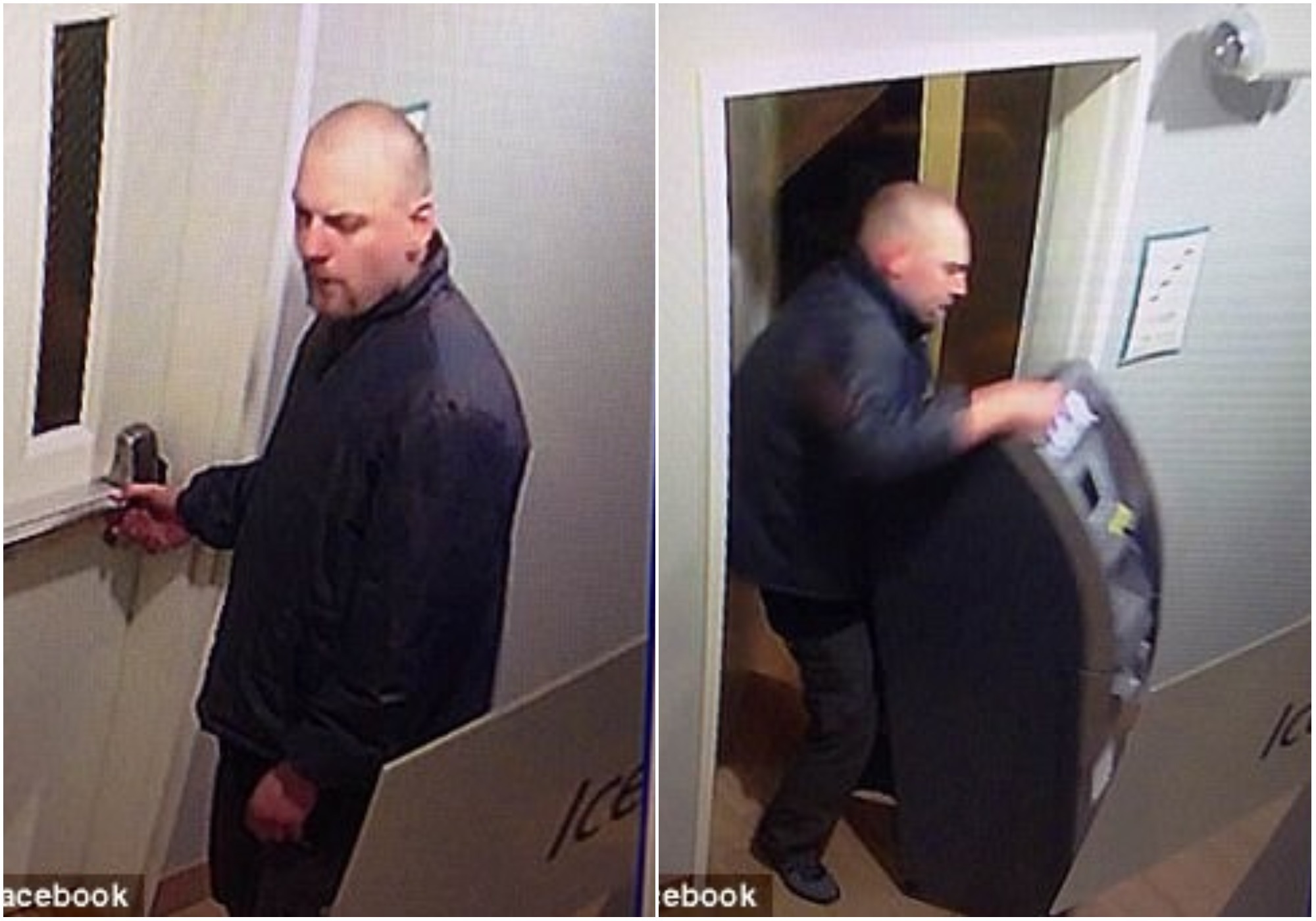 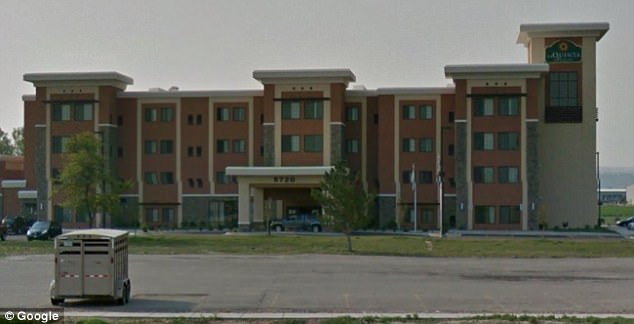 According to KULR-TV, the stolen ATM machine weighed nearly 300 pounds.

Linnell says the man dragged the ATM out of the hotel just before 7.30pm. The hotel released surveillance video with images of the suspect.

‘On camera, you don’t see tools. We didn’t hear any power tools obviously, or we would’ve been alerted to it. He just had whatever tools he had in his pocket,’ she adds.

Billings police spokesman Lt. Neil Lawrence says they aren’t releasing the amount of money that was in the ATM.

‘Depending on the standalone ATM’s weigh somewhere around two to three hundred pounds. We say that you need to have your ATMs out in public view for people to see because someone is going to see something mischievous happening,’ ATM Wayne Wilcox told KULR-TV.

Police said that no arrests have been made.