Good news for all your potty mouths out there; a joint study conducted by Stanford, Maastricht University, Hong Kong University, and Cambridge University concluded that those who regularly use curse words either verbally or written proves you to be a more honest person. The basis for this research alludes that cursing is an emotional response, and straightforward people get emotional. 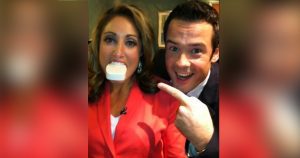 The study states, “There are two conflicting perspectives regarding the relationship between profanity and dishonesty. These two forms of norm-violating behavior share common causes, and are often considered to be positively related.” “On the other hand, however, profanity is often used to express one’s genuine feelings, and could, therefore, be negatively related to dishonesty. ”

The researchers involved categorized their findings several ways. They began by questioning two hundred and seventy-six test subjects about their cursing frequency and cursing customs including which curse words they most often say, swears that are bad enough they don’t say in public but will still utter alone, and which words they most often used in certain scenarios. After that, the researchers asked a series of evaluative questions related to honesty such as “do you always keep your promises?”

In close, the scientists discovered that the more generous the participants were in using curse words, the more likely they were to stay honest with others and hardly ever fibbed or made excuses to friends and family to get themselves out of tough circumstances.

A second approach the scientists took to test their hypothesis was to examine data from states across the US to show where cursing was more common. That data was then cross referenced with the highest “integrity” rated states. The data between the two sets correlated that the biggest swear word using states were also the highest rated with respect to integrity as well.

The third way the researchers conducted this study was by a Facebook App called My Personality, which upon permission allowed by 153 thousand users, scoured the users’ Facebook profiles to identify their cursing behavior. With this method of analysis, the scientists again concluded that those who swore more frequently were more “honest”.

“The explanation was that a dishonest person subconsciously try to (1) dissociate themselves from the lie and therefore refrain from referring to themselves; (2) prefer concrete over abstract language when referring to others (using someone’s name instead of “he” or “she”); (3) are likely to feel discomfort by lying and therefore express more negative feelings; and (4) require more mental resources to obscure the lie and therefore end up using less cognitively demanding language, which is characterized by a lower frequency of exclusive words and a higher frequency of motion verbs,”

In reviewing these findings we say do your own damn thing and be honest in life!