What would happen if you put a tape recorder on your child and were able to listen to everything that is said during his day at school? For one father who has an autistic son, he wanted to find out what was going on. You see, his child was showing signs of being emotionally distressed. While it was hard communicating with him to find out what was going on, dad decided he needed to get to the bottom of it as quickly as possible so his son would not suffer any longer. He needed to find out what, or who was causing this. And he did just that.

Stuart Chaifetz put a recorder on his 10-year-old autistic son, Akian, who was attending a special school for the disabled for over a year and a half. The school is located in the Cherry Hill School District. 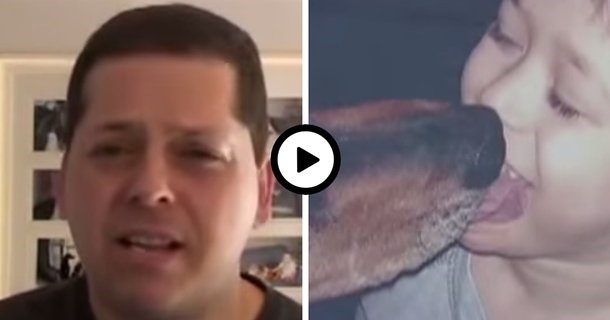 Normally his son is “wonderful and happy,” but suddenly he was becoming violent according to school reports.

He tried using a “behaviorist” to help figure out what was going on but to no avail. Meanwhile, Akian’s behavior was getting worse and something needed to be done.

So the dad put a recorder in his son’s pocket and that’s when things became revealed as far as what was going on, and who was involved.

It was six hours of audio that left the dad heartbroken. A teacher and a teacher’s aide were actually bullying the child to the point of tears.

“Shut up” he was told. He was also called a “bastard” by the teacher’s aide! Not only did he capture the berating, he captured the two of them talking about getting drunk and encounters of the sexual nature. Right in front of the kids.

Akian would ask to see his father and was told “no” repeatedly. This would lead the boy into a 30-minute meltdown situation.

The father realized that legally the audio recording couldn’t be used in a court of law in New Jersey. But he could send it to the head of the school. The teacher’s aide was fired. But the behavior against Akian was never called out, not was the teacher fired or any other adults present.

Here’s what the dad says in the video: “So sorry you went through all this. You didn’t deserve it. You are a wonderful human being, and I love you with all my heart. Please don’t let the cruelty of these vicious and miserable people change your beautiful nature.”

Check out this video and hear everything the father has to say about his sickening situation.

Help the father spread awareness about bullying teachers by sharing this with all of your friends and family.