Eric Howell, 43, started teaching Chemistry at Lenape High School in Mount Holly, New Jersey in 2016, and it wasn’t long before school officials started to investigate him for some strange behavior.

In one incident, a student spotted Howell’s arm extended in an odd manner when he walked by female students. The student reported it and what investigators found was that Howell was using a box of coconut water with a hidden camera on top of the box near the place you’d drink from to look up the loose shorts or skirts of young girls. 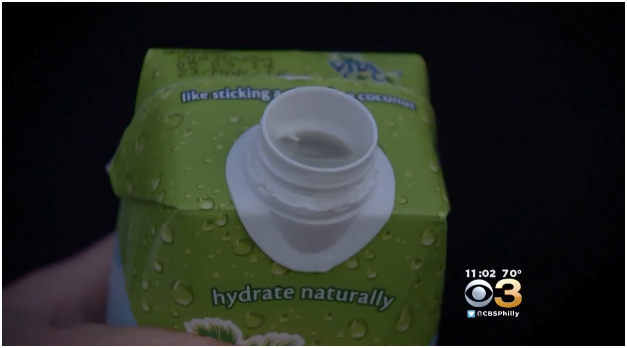 Howell would lower the briefcase that was good enough to get up their skirts to take pictures and record video. It was this awkward motion that alerted one student to report the behavior.

The district immediately fired Howell after it was made aware of the situation and informed the police. It said the school reached out to the parents of the victims that police had identified and would be offering them and others counseling in regards to the issue. The district said Howell was no longer allowed at the school or any school-sanctioned event.

Police were able to search Howell’s home and found a multitude of digital storage devices with potentially damaging evidence and illegal acts. Authorities said, during the analyzation of the devices, three students were noted as being victims, and another person was from a convenience store close by.

After the search, officers arrested Howell and charged him with invasion of privacy, endangering the welfare of a child and official misconduct.