A Southern California high school teacher was caught on camera denigrating the intelligence of people serving in the US military.

In the videos, which were stealthily recorded in the class by a student at El Rancho High in Pico Rivera, California, history teacher Gregory Salcido, 49, can be heard making a variety of unflattering remarks about service people, at one point calling them the ‘lowest of the low.’

The videos went viral after being posted on Facebook by a Connecticut woman claiming to be the anonymous student’s mother’s friend.

A woman posted clips of high school teacher Gregory Salcido, in which he could be heard denigrating the intelligence of US military members serving overseas 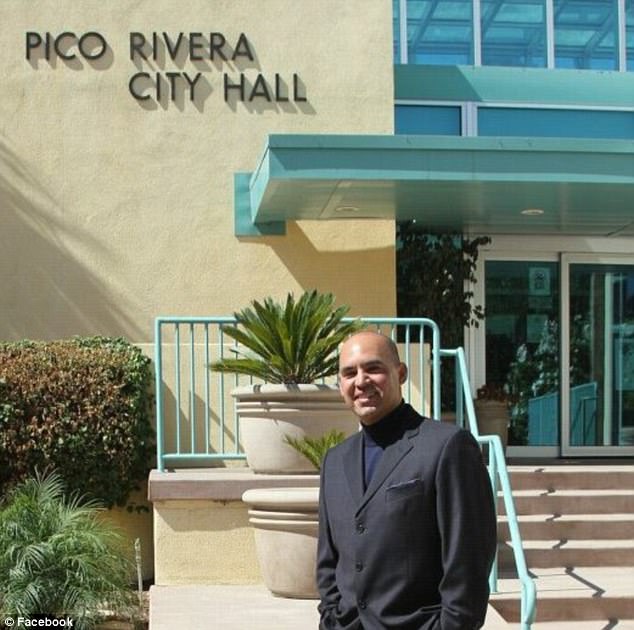 Salcido made the comments in the middle of a history class he was teaching at El Rancho High in Pico Rivera, California, where he is also an elected councilman

‘My friends son was sporting his marine sweater while this liberal douche teacher rants about the military,’ Kimberlie Flauto wrote on Facebook on Friday, while exhorting people to ‘help me make this go viral.’

Although the videos – shot from under a desk on January 19 – do not show Salcido’s face, El Rancho High officials confirmed to The Orange County Register that the person speaking in the video is, in fact, Salcido and that the video was shot in a school classroom.

In one of the clips, Salcido can be heard saying, ‘Think about the people who you know are over there. Your freakin’ stupid Uncle Louie or whatever. They’re dumb s***ts. They’re not like high-level thinkers. They’re not academic people. They’re not intellectual people.’

He then says that overseas service people are ‘the freakin’ lowest of our low. Not morally – I’m not saying they make bad moral decisions – they’re not talented people.’

As he speaks, students can be heard laughing in the background.

It’s unclear why exactly Salcido began spouting off about the military, but the video does capture him expressing disbelief over the fact that the military – with all of its technology – can’t control people ‘wearing robes.’ 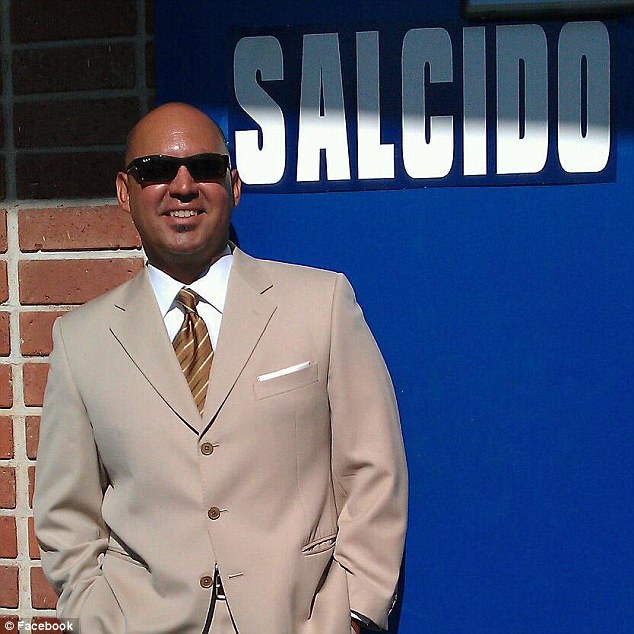 It is unclear what sparked Salcido’s comments about the military, although he did say he objected to presidential declarations that the US military is the best in the world 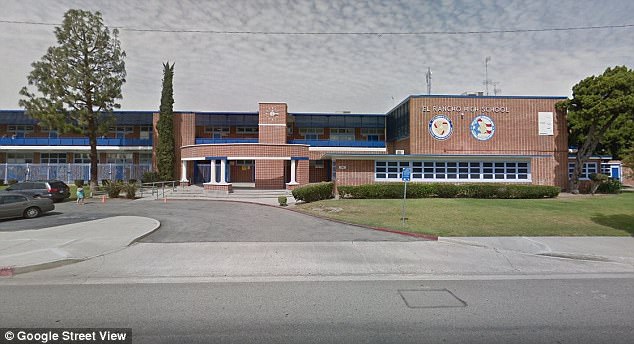 He also disagrees with President Trump and other prior presidents’ claims that the US military is the best military in the world. ‘The data is in, we don’t have a good military,’ Salcido says.

The 17-year-old high school senior who shot the videos told The OC Register that he never intended for the videos to go viral. He merely showed it to his mother, who then sent it on to her friends.

The student, who wished to remain anonymous to avoid retribution, said that his brother and uncles were Marines who fought in Afghanistan, Desert Storm and Vietnam and that Salcido’s comments were ‘so disrespectful.’

The school said that they have not been able to reach Salcido because he was not in town, however, school officials would be conducting an investigation.

In a message on his personal Facebook page, posted on Friday from New York, Salcido wrote that: ‘I don’t think it’s wise for me to make any specific comments, but I want my friends, family, and students to know we are fine and we respect the rights of free expression for all individuals.’

Salcido has allegedly had previous issues with students.

He was placed on paid administrative leave after police received a complaint that he had hit a student in 2012.

Before that, in 2010, a parent alleged that Salcido threatened his daughter, insulted other students and parents and made inappropriate comments about race during a summer school class.

Salcido denied the claims but was suspended from teaching until the fall semester started.

In addition to being a teacher, Salcido is also a Pico Rivera councilman.