A young transgender individual currently making the transition to become a male had stated his desire to wrestle boys. 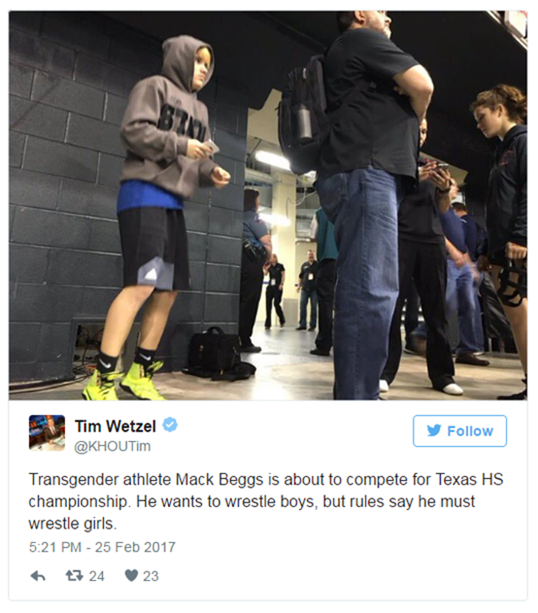 However, Texas administrators rejected the request of Mack Beggs, a 17-year-old transgender wrestler, due to the fact that Texas policies mandate sports participants to wrestle the particular gender of what they were determined at birth.

In several instances, the transgendered wrestler was booed by observers, who believed Beggs held an unjust edge in wrestling females as he was prescribed substances that elevated testosterone levels. Beggs was permitted to be administered testosterone as he was wrestling since it was initially given as a legitimate clinical purpose through a doctor. Supplemental testosterone can often lead to higher energy levels and an increased ability to build muscle mass and burn fat.

Mother of Mack Beggs’ opponent says she wanted her daughter to forfeit because of Beggs’ steroid use. pic.twitter.com/q3JGk3o2xI

A parent of another wrestler attempted to stop Beggs from competing, taking legal action, but ultimately the lawsuit was dismissed.  There was a considerable amount of hostility towards the wrestler all through the championship, mostly from families of the female wrestlers and their coaches.

The transgender individual defeated the 2nd place challenger of the one-hundred-ten-pound class, Chelsea Sanchez, to secure the title of the girls state wrestling competition.  Beggs’ win was met with audible boos but as the medal was placed around the champion’s neck, the crowd was applauding and cheering. 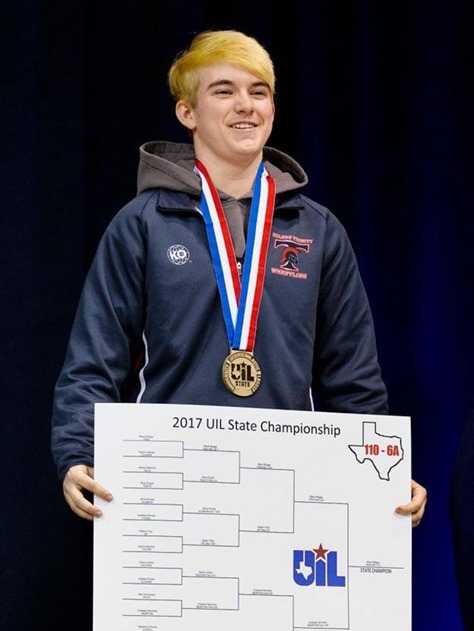 Dr. Robert Garofalo, director of the gender and sex development program at Chicago’s Lurie Children’s Hospital and division head of adolescent medicine stated that “Wanting him to compete with girls is going against best practices and guidelines that are already established by organizations like the NCAA.”

Mack’s Guardian and Grandmother, Nancy Beggs, had not been as magnanimous after an earlier competition when a rival forfeited. The Grandmother stated, “Today was not about students winning it was about hatred and ignorance.”

If you think this story is worth sharing pass it along by tapping the button below!