WASHINGTON – President Trump Tuesday suggested cutting off aid to the Palestinian Authority, blaming it for the stalled peace process with Israel. 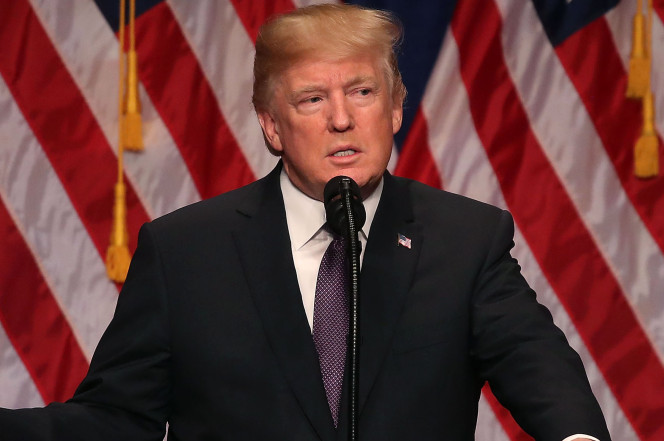 “We pay the Palestinians HUNDRED OF MILLIONS OF DOLLARS a year and get no appreciation or respect,” Trump tweeted Tuesday evening.

“They don’t even want to negotiate a long overdue peace treaty with Israel.”

Last year Trump stirred up Middle East relations when he announced the US would recognize Jerusalem as the capital of Israel and move its embassy there. The move was overwhelmingly rebuked by the United Nations.

“We have taken Jerusalem, the toughest part of the negotiation, off the table, but Israel, for that, would have had to pay more,” Trump tweeted. “But with the Palestinians no longer willing to talk peace, why should we make any of these massive future payments to them?”

The tweet comes a day after Trump threatened to cut off aid to Pakistan, saying the Middle East ally has given nothing but “lies and deceit” in return.

The US spends more than $300 million annually in foreign aid to the Palestinians.

The Congressional Research Service found in 2016 that “since the establishment of limited Palestinian self-rule in the West Bank and Gaza Strip in the mid-1990s, the U.S. government has committed more than $5 billion in bilateral economic and non-lethal security assistance to the Palestinians, who are among the world’s largest per capita recipients of international foreign aid.”