Many people going through the U.S. airport security checkpoints dread the possibility of being randomly selected for the enhanced screening. The mere thought of seeing the “SSSS” show up on the boarding pass can make you feel anxious and stressed out.

In 2015, I suffered a months-long nightmare with the Secondary Security Screening Selection (SSSS). It was certainly an inconvenience for my weekend and only prayed that the SSSS would be gone in no time.

It began when I booked a last minute flight – less than 24 hours before the departure time – to London from Newark. This may not have alerted the system itself, but since I was going after the United retrofitted 767-300ER, the system sent out an alert on my boarding pass.

When I wasn’t provided with the smartphone boarding pass after getting checked in, I suspected I’d be getting the SSSS Treatment. I got an email with a PDF that instructed me to visit a kiosk or agent upon my arrival at the Newark Airport. 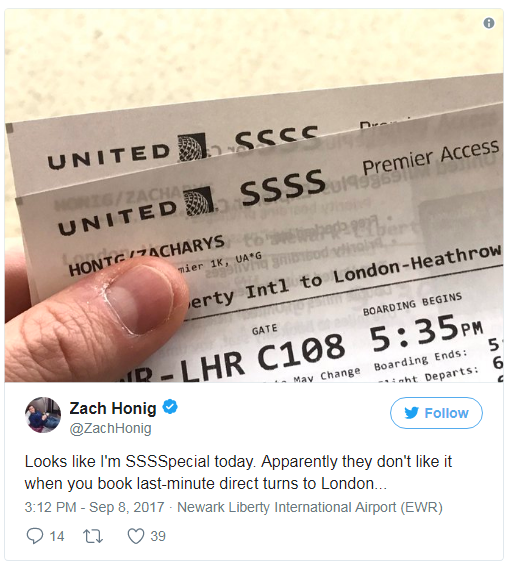 I also noticed the typical TSAPreCheck logo wasn’t there, which means I had to go through the Premier Access line – the one next to the economy passengers’ lines and who were getting through the queue at rapid speed. The TSA had set up one screening lane for elites and premium-cabin travelers.

When I was up, I gave the agent my boarding pass and ID. The agent noted the SSSS on the boarding pass and yelled “Quad,” which is a person who is designated SSSS and asked for a supervisor. I was ushered to the podium and ignored as he processed the passengers after me. After 10 minutes of waiting, I asked that another supervisor be called. With a bit of grudging, he did so.

Two TSA supervisors finally escorted me to a checkpoint lane.

Once there, a code was entered into a wall panel, which then dropped a metal gate behind me and locked me into the lane. I was nervous, so I asked if I was allowed to take pictures. The supervisor agreed but asked that I not take pictures of the X-ray equipment.

The “enhanced” screening process was explained to me by a very patient TSA agent. I was told to remove all my electronics and put them in a plastic bin. After that, I, along with my belongings, underwent an explosive swabbing, with everything wiped down. This happened perhaps 10 to 12 times.

The male TSA agent who helped during the luggage screening asked me if I wanted the enhanced pat-down down in public or private. I chose the private method. I was taken to a room that looks similar to a storage closet with boxes of gloves, metal-detecting wants, screening bins, etc. 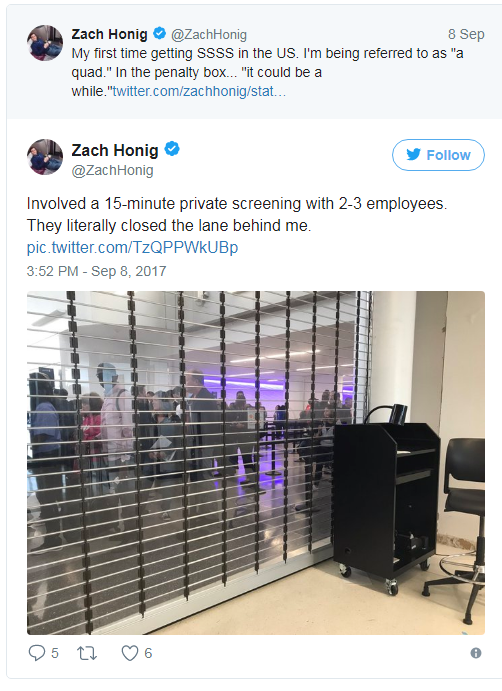 The agent put the bins with my stuff in the room and put them on a table. After which, he explained the pat-down procedure, which wasn’t as bad as I had heard and suspected. The agent was extremely professional, and I felt at ease.

Once it was over, I was able to get my belongings together and leave.

When I was leaving London, I expected to go through another thorough inspection but got a normal screening at the checkpoint and a secondary screening like the other passengers. The wait time and screening with TSA took no more than 30 minutes.