United Airlines is not having a good week. The airline has been in the news for days on end due to a doctor being literally ripped out of his seat and dragged off the flight from an overbooking issue. Now there’s a new situation.

On Saturday a couple who were on their way to Costa Rica to be married got removed from the United airlines flight they were on.

The episode happened on Flight 1737 that was en route from Houston to Costa Rica.

The soon to be husband and wife, as well as family and friends, were traveling from Utah with a layover in Houston.

The man and soon to be the groom in the wedding, Michael Hohl, stated that Amber Maxwell, his bride to be, and himself were the final passengers to get on the aircraft. 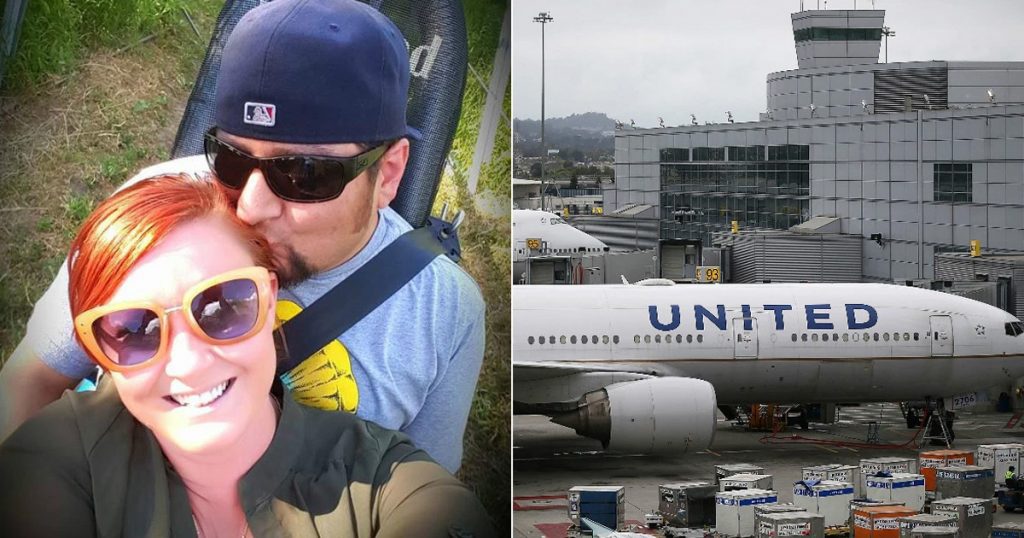 Based on Hohl’s account, they saw an individual lounging across several seats which happened to be their row of seats.

Hesitant to wake up the individual, Hohl explained that the couple chose to seat themselves a few rows ahead. Hohl didn’t believe it was going to make a difference since the airplane was only filled about half way with many vacant seats.

“We thought not a big deal, it’s not like we are trying to jump up into a first-class seat…We were simply in an economy row a few rows above our economy seat.”

United airlines views the particular row that the soon-to-be married couple had seated themselves in another class with an extra fee. Technically, “economy plus”.

Once they were seated, the male fiance recounted an airline attendant greeted them and wanted to know whether the seats they were sitting in were, in fact, theirs according to their tickets. The soon to be wedded couple described the situation that they were not, and questioned whether they can procure the upgraded seats, but the employee told they needed to return to their assigned seats.

The man reported that once they adhered to the attendant’s request, a U.S. Marshall showed up on the scene and demanded they get off the aircraft.

The engaged couple did what the Marshall asked and left the airplane free of any further problems, however, they don’t get why they had to depart in the first place.

The groom to be said:

“They said that we were being disorderly and a hazard to the rest of the flight, to the safety of the other customers.”

United Airlines’ story is that they were trying to position themselves in several upgraded seats “repeatedly”.

The company supplied the following assertion:

“We’re disappointed anytime a customer has an experience that doesn’t measure up to their expectations. These passengers repeatedly attempted to sit in upgraded seating which they did not purchase and they would not follow crew instructions to return to their assigned seats. We’ve been in touch with them and have rebooked them on flights tomorrow.”

The couple got rebooked for a new flight the following day, but the couple claimed they will not be buying any tickets with United anymore and referred to the scenario as “quite strange.”

“I think customer service and the airlines has gone real downhill…The way United Airlines handled this was really absurd.”

Regardless of this whole setback, their ceremony continues to be scheduled.

What do you think about this?  Tell your friends about this and let them know press SHARE