The United States has just struck Syrian areas with more than 50 Tomahawk missiles near Shinshar, and at Shayrat Air Base which is near Homs, Syria. US destroyer ships USS Porter and USS Ross fired the missiles from the eastern Mediterranean.

Earlier today, Reuters had claimed the UNSC(United Nations Security Council) would abstain from a tally of a draft resolution to take action against the lethal attack on Tuesday which was delivered by chemical weapons and gas. The UNSC said they would try to proceed with negotiations. 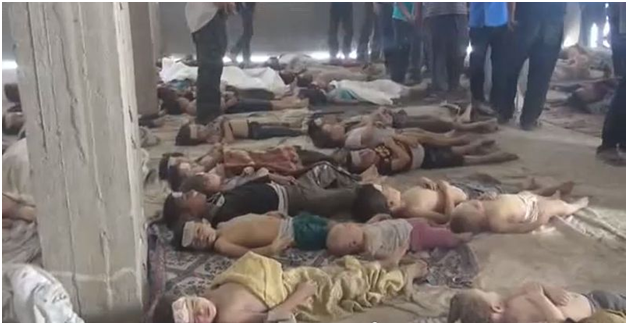 There was a notice and warning from Vladimir Safronkov who is Russia’s UN Envoy saying that if the US goes forward with military action against Syria there would be “negative consequences”.

This is a contentious issue because Russia has been supporting the Syrian government and in turn the leader of Syria Bashar-al-Assad. By the US taking direct military action against the Syrian government, it is risking a military conflict with Russia who is Syria’s ally operating within Syria. It is being reported there are Russian forces in and around the Homs province of Syria.

This decision was made after a day of deliberation and many statements made by President Donald Trump and Secretary of State Rex Tillerson. Tillerson said earlier that there is no future for Assad governing Syria. President Trump had stated that the gas attack that happened on Tuesday in Syria was a “disgrace to humanity”.

It is unclear how the Syrian and Russian government will respond to this breaking military action. This could be a powder keg due to more than 10 separate entities and countries fighting in the Syrian civil war. Many surrounding countries such as Saudi Arabia, Turkey, Egypt, Israel, Iran and others who have proxies and direct engagements within Syrian provinces.

Marco Rubio has given his input on the matter and tweeted out:

“‘Be sure of this: The wicked will not go unpunished’ Proverbs 11:21 # SyriaChemicalAttack”

This story will be updated with developments.

Share this breaking story by pressing the button below