President Donald Trump just gave an hour-long address to Congress which was met with a mixture of reactions.  There were many standing ovations, various victims weeping, some groans at certain remarks, and a colorful series of replies since then.

If there is anyone that hasn’t been on the President’s side for some time, it’s been the former Mexican President, Vicente Fox. 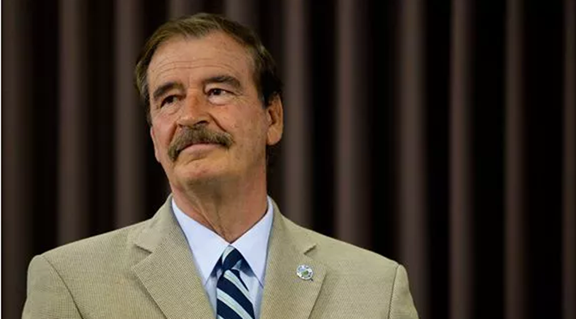 He went on a serious Twitter rant in real time during the President’s address that was given nearly two hours ago.

Here are a few of his Tweets: 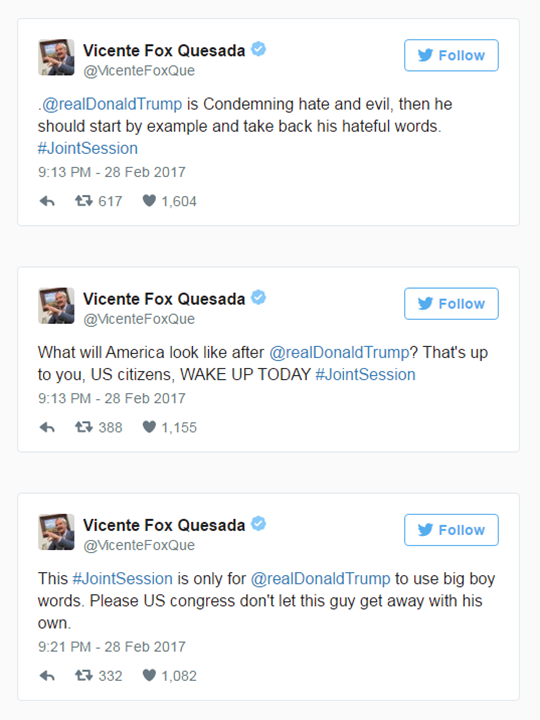 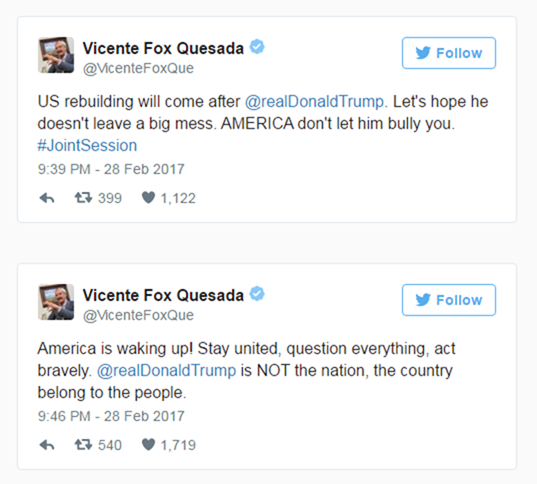 Start a conversation about what you think about the President’s address to congress, Share below!