Lauran Meeks was 15 when she promised to wait for sex until she was married. However, she didn’t get the bliss she’d pictured after that. Instead, she suffered her darkest months in life.

Meeks talked about her Christian upbringing in a Cosmopolitan article. This upbringing included how important her virginity was to the sanctity of marriage. She said it was her upbringing that made the decision to wait easy.

She said she considered her virginity the most precious possession she had – something to protect.

According to a Washington Post report, waiting to have sex until marriage isn’t common, with 97% of people saying they’ve had sex before getting married. CNN found in its reports that 80% of unmarried evangelical young adults have already had sex, even with chastity pledges and purity rings. 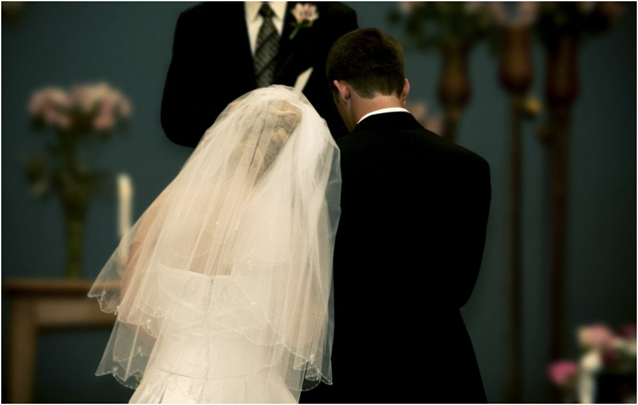 She said she never worried about marrying a person what wasn’t sexually compatible with. Meeks said it was because people kept telling her sex would be amazing in the marriage. She sometimes questioned her decision not to kiss, wondering if it would create a spark. However, Meeks said, her fiancé was willing to wait.

She honestly didn’t think it’d be a problem.

Likely, she heard the testimonials about how it was the married couple’s love for each other that made the sex so good the first time it was had, especially after years of waiting. With a testimonial like that, it’s not surprising that Meeks would believe the sacrifice would lead to mind-blowing, out-of-this-world sex.

And, when reality hit, Meeks was suffering… emotionally and physically.

After she got married and went on her honeymoon, sex didn’t go as planned. And, she saw a doctor where Meeks was diagnosed with vaginismus, which causes involuntary spasms of the vagina muscles. These spasms make having sex difficult and nearly impossible. It’s often caused by psychological factors and leaves the sufferers so worried about the sexual intercourse.

What Meeks has realized is that the strict no-sex-before-marriage teachings left her unprepared for reality about sex, causing her the inability to enjoy it.

That was a dark time for Meeks, as she became depressed by that knowledge. She felt like a failure both as a woman and wife. And, she felt she had no one she could turn to for advice. Meeks was angry – at her family, husband and God.

Meeks, over some time, realized that it was the lack of talking about sex in the Christian community that was the problem. Although there was such an emphasis on waiting until one got married to have sex, there was little talk about the sexual mechanics and effects – the good and bad. She said talking about it could help young people from creating an unhealthy perception about intimacy and sex.

Meeks said, that even though she would still wait until marriage to have sex, she wishes she had been more informed about the experience.