President Donald Trump is not only dealing with protestors with his every action, a faction of hostile legislators but now he is facing a spiritual war. A band of witches amassed in front of NYC’s Trump Tower following Lana Del Rey asking her followers to cast a spell on the President. 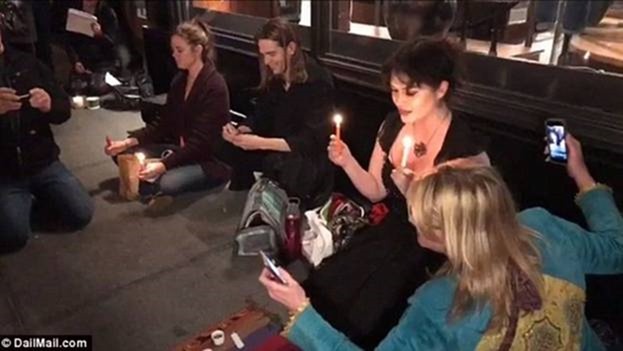 3 days ago, Lana Del Rey posted an image of herself dressed in full black, which had a caption that said “At the stroke of midnight…Ingredients can be found online,” including a vague listing of dates. 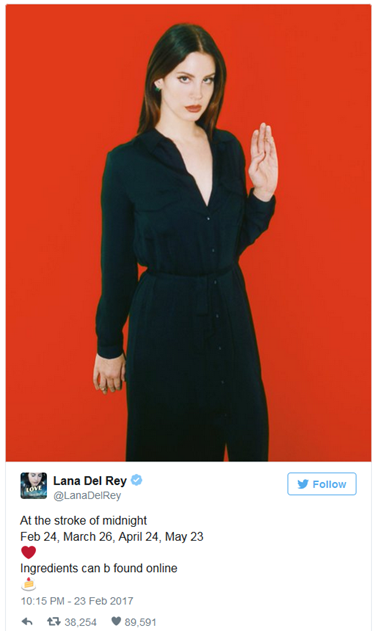 The days in Del Rey’s photo match the ‘waning crescent moon’ dates which followers of the occult recognize, the magazine Pitchfork pointed out. Worldwide, witches have made their pacts to assemble on these occult-observed times to cast a binding spell on the U.S. President.

Numerous people have pondered Lana Del Rey’s message and whether it had actually been talking about the Occult tradition. Some time shortly after the suspicion, an associate of the artist established the twitter update had indeed been referring to the observed Occult dates.

A number of pagans, witches, and other Occult-followers collected themselves at midnight on February 24th, closeby the Manhattan Trump Tower to carry out the spell.

The Daily Mail reported that just a few of them had assembled to perform the ritual on Trump, but the spell was superimposed on pictures and rapidly began to be passed around on social networks. Many social network accounts started to promote the images with #bindtrump as the hashtag. 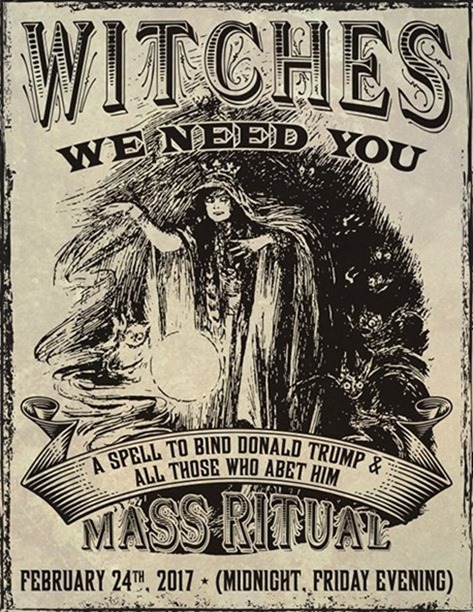 Information on how to perform the ritual was distributed on social media days before the witches get together. There was a Facebook page that had been set up for individuals serious about engaging in the spell called “Bind Trump”.

The binding spell features a chant for defense, which is supposed to be uttered by all the contributors in the ritual.

A verse of the spell allegedly declares, “I call upon you to bind Donald J. Trump so that he may fail utterly that he may do no harm to any human soul.”

A variety of tools are necessary to carry out the ritual, such as a photograph of the President, a pin, a little orange candlestick, a tarot card of “The Tower”, and a few other items. The pin is required to dig Donald Trump’s name into the wax of the candlestick.

A number of witches also accumulated in the vicinity of the Chicago Trump Tower as well, to perform an identical ritual, the Chicagoist reported. The witches were predominantly donned in dark colors, and a few had put on capes. The witches were reported reciting phrases including, “We usher in the demise of patriarchy.” and “We usher in the demise of white supremacy.”

If you think people need to see this story, share by hitting the button below!