There may have been times in our lives someone gets a little closer than comfort or privately checking up on us when maybe we didn’t desire such closeness.  There are certainly varying levels of stalking, but this one goes to the extreme.

Graham McQuet has been stalked by a 30 something woman named Jill Sharp for 4 years, making up stories about being his girlfriend. 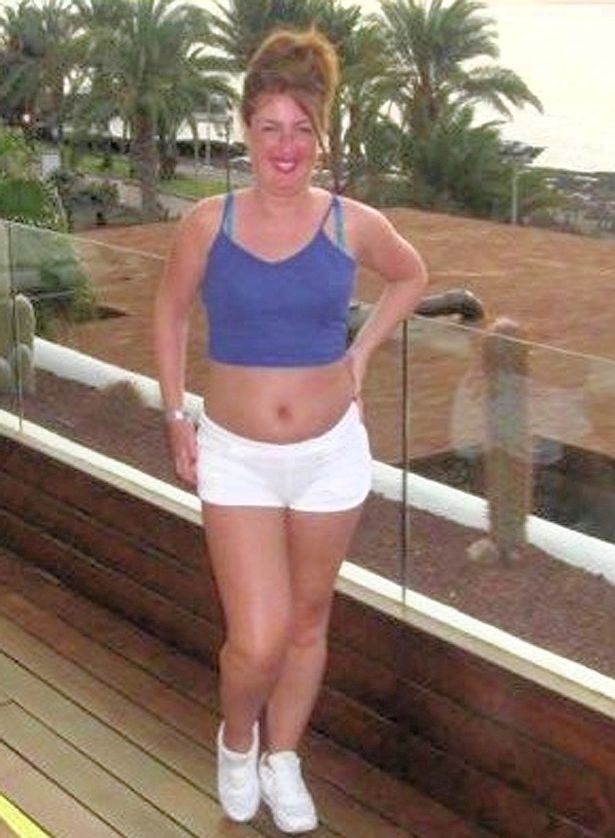 Sharp was going to the extent of actually editing herself into the photos with the man, posting to her girlfriends that she and Graham were engaged to be married. 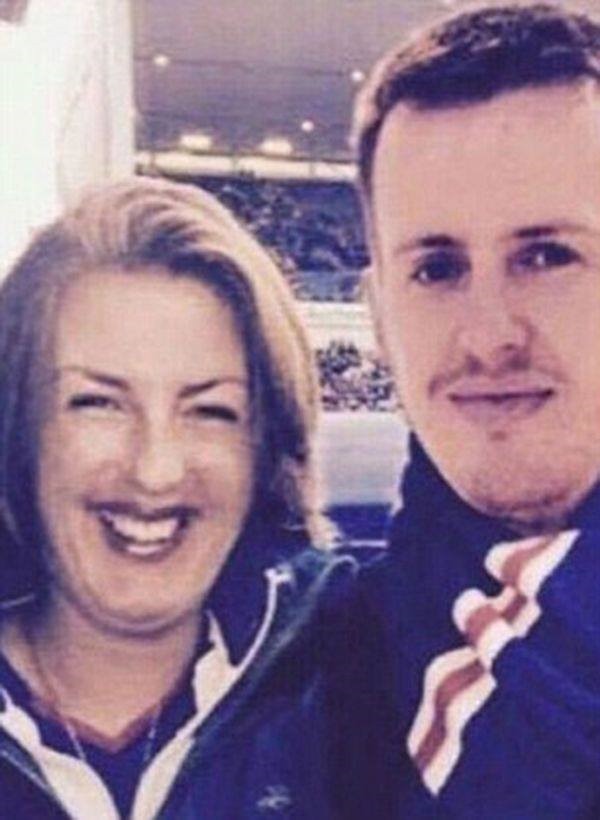 Sharp created an account impersonating Graham on Twitter and sent messages back and forth between them to make communication seem genuine.

She also went through the exact steps that Graham and his real fiance, Marianne Stirling, took while on a vacation to make it seem like it was them. 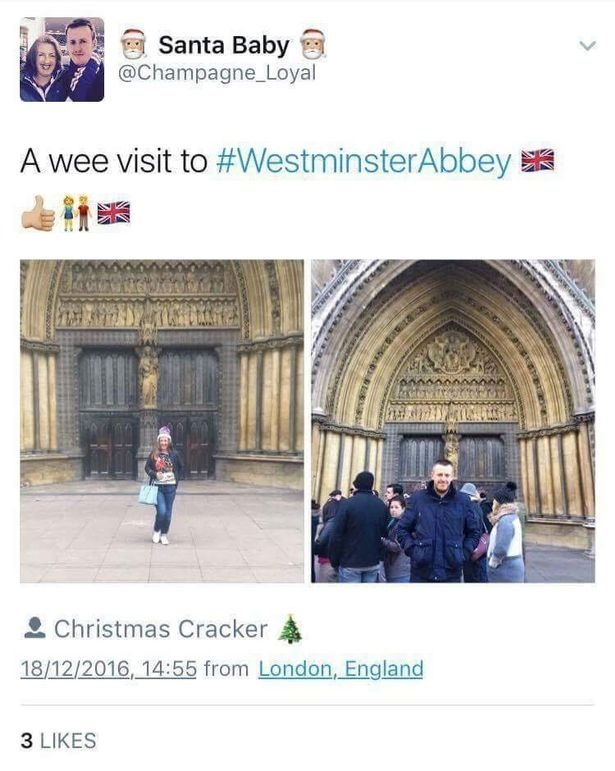 As time went on Jill’s friends wanted to meet Graham, but he never materialized, so they started to become suspicious.  There were also discrepancies in the photos she had photoshopped herself in, such as shadows in odd places.

A friend of Sharp’s stated to the Daily Record:

“She put up a picture claiming they were having a weekend away in London but the two images were completely different…It was obvious it had been taken on a different day. So we started looking at her other images and it was evident in some of them they had been photoshopped.”

Jill’s friends eventually found Graham and inquired about the relationship between him and Jill.  Graham then was in bewilderment as he had never heard of Jill Sharp. 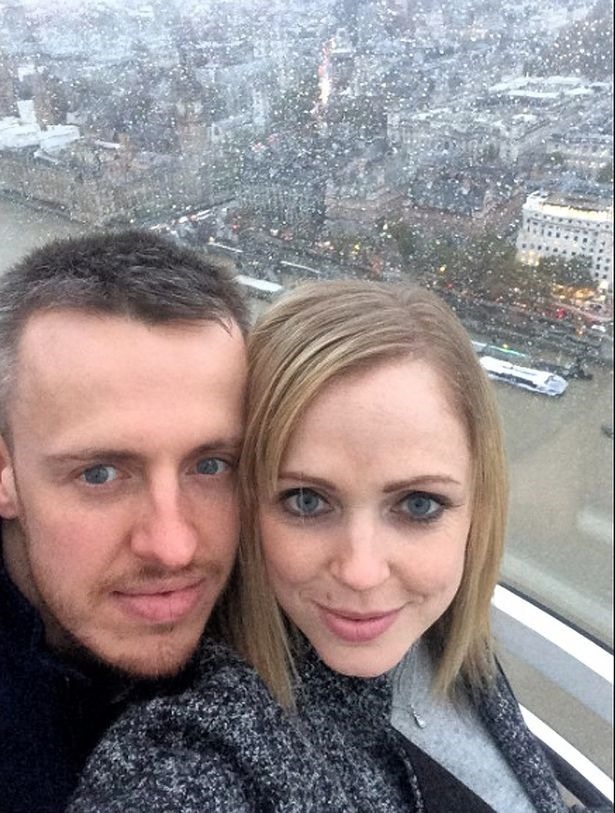 A friend of Graham and Marianne’s said:

“It appears this woman followed them down to London, visited the same places, took photos, then photoshopped them…It’s astonishing behavior.”

Marianne notified the police after figuring out the creepy situation but said that nothing happened about it. 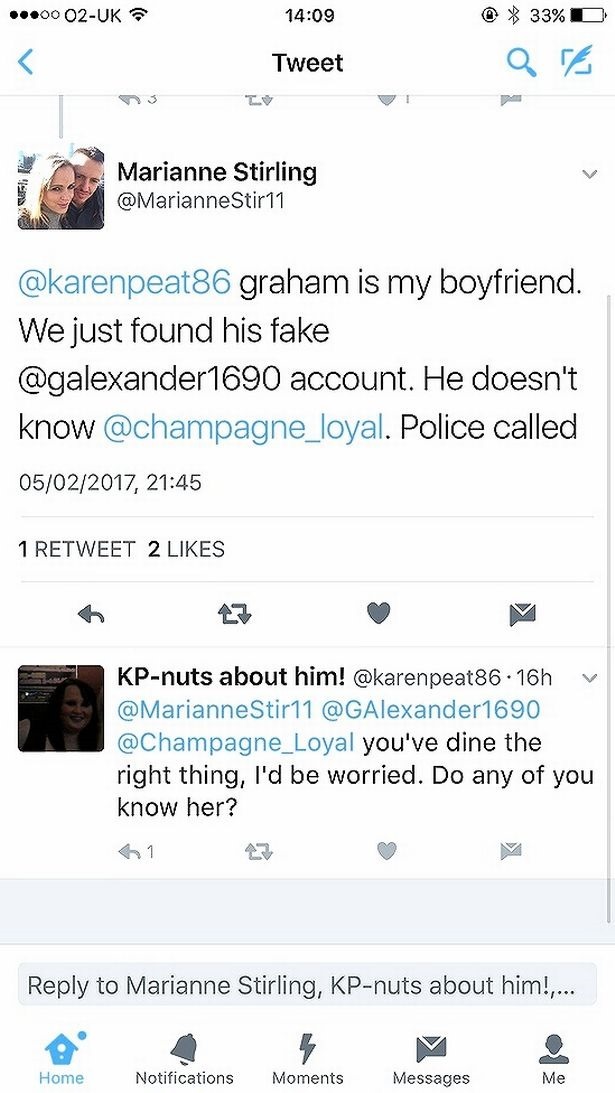 “The police have told them that no criminal activity has taken place, apparently she’s allowed to impersonate whoever she wants to
impersonate…The police just weren’t interested.” 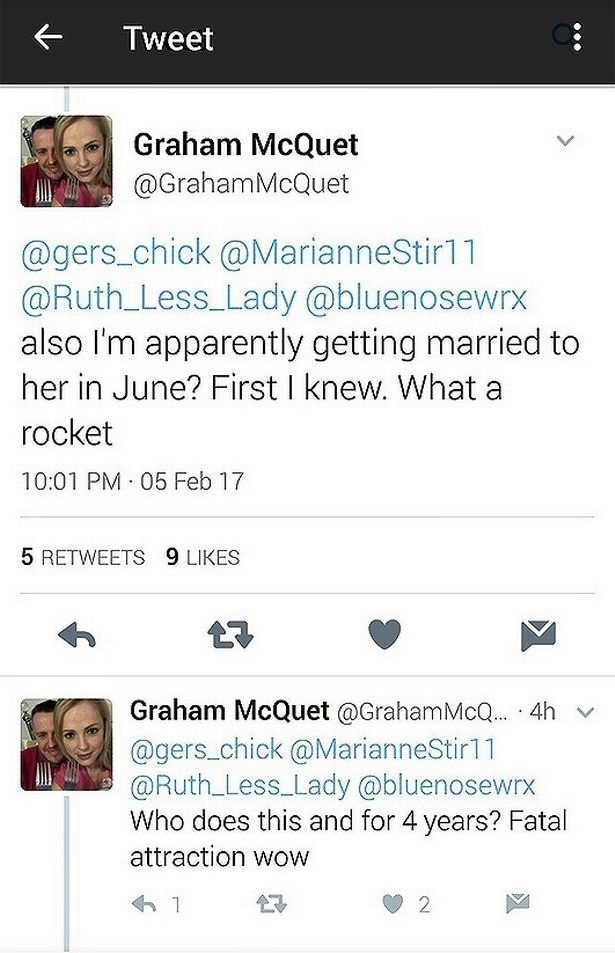 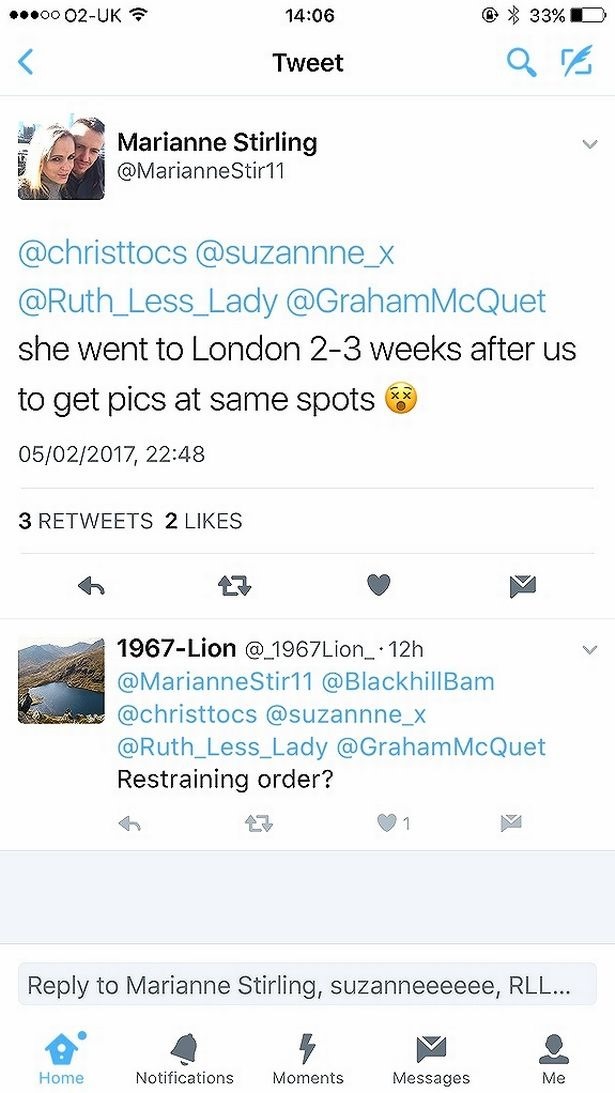 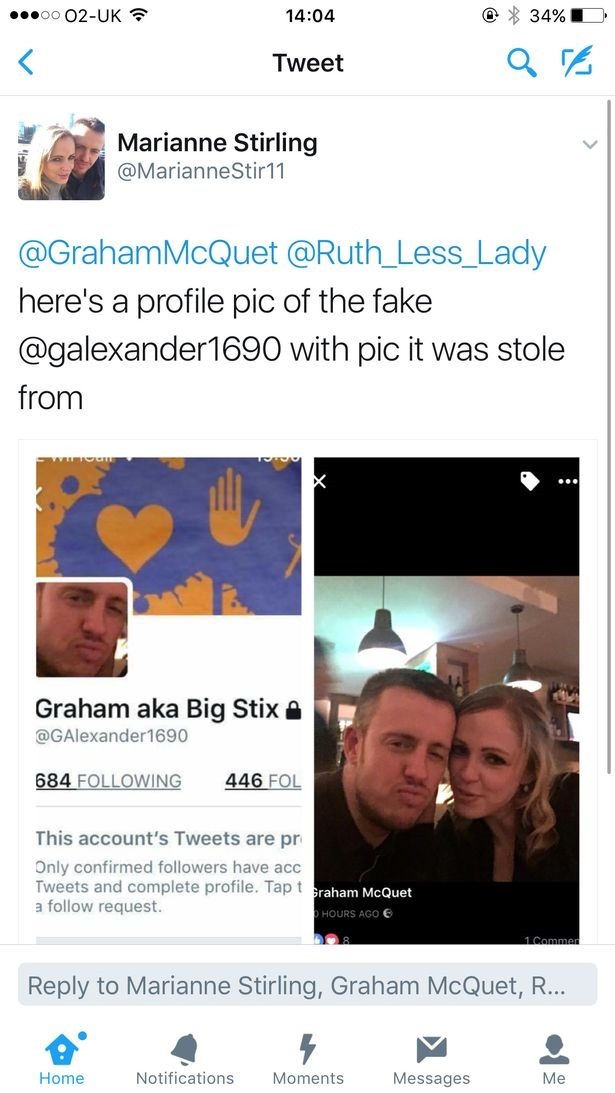 Jill Sharp has denied the entire event, even though there is ample social evidence and testimony from Jill’s friends about her behavior.