With technology like the Internet and telephone, scamming is a real concern. Scammers don’t have to look their victims in the eye anymore. Instead, they can focus on creating high-tech scamming operations that con people out of their money, usually in large amounts.

It appears most of the online scammers live in Malaysia, and most people have a Nigerian ethnicity that use a student visa to come live there. They use the country’s Internet infrastructure for their scams. However, Malaysia’s police force isn’t all that concerned with the online scammers because they lack any resources and experience in dealing with the problem.

Sources say there’s not been one prosecution yet for a U.S. victim.

The Internet, which is littered with dating sites and chat rooms, has enabled scammers to find unsuspecting victims who want a little love in their life.

What happens is the scammers approach a victim online, seducing them with their words and asks them for money so they can move to where they are so they can be married. After thousands of dollars are gone, the scammer is gone.

According to Kuala Lumpur U.S. Embassy consul general Tim Scherer, the scammers are not targeting rich people but middle-class Americans with very little money to spare.

Some people do fall victim to these scams, but a British woman was having none of it and wanted to turn the tables on the scammer. The woman received a message from a Nigerian pastor “Stephen Masumbo,” who started the conversation by saying, “Hello sweet lady.”

She asked him to chill out and demanded to know what he wanted.

Every response she gives him is loaded with sarcasm, but it doesn’t appear to dawn on the scammer who continues his ploy to seduce her.

He asks her if he can call her princess, by which she answers she likes to be called another name – Barbara O’Cumbungle. The exchange goes on, and he finally asks for money. She plays along a little more, asking for even more things to be called and for him to call himself names. “Barbara” finally sends him a picture of a fake “Western Union” and a doll, claiming the woman is being mean to her because she can’t find an account with his brother’s name. 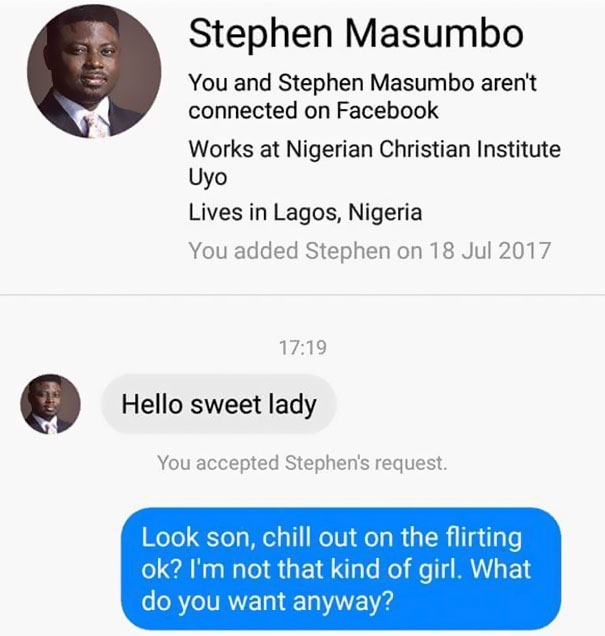 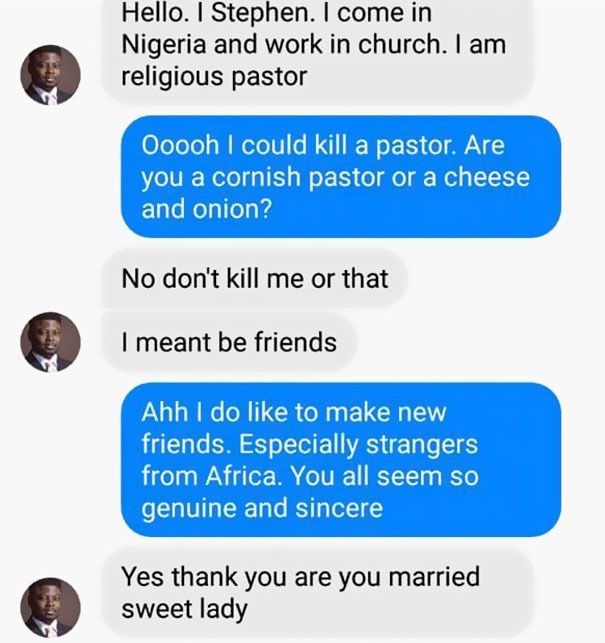 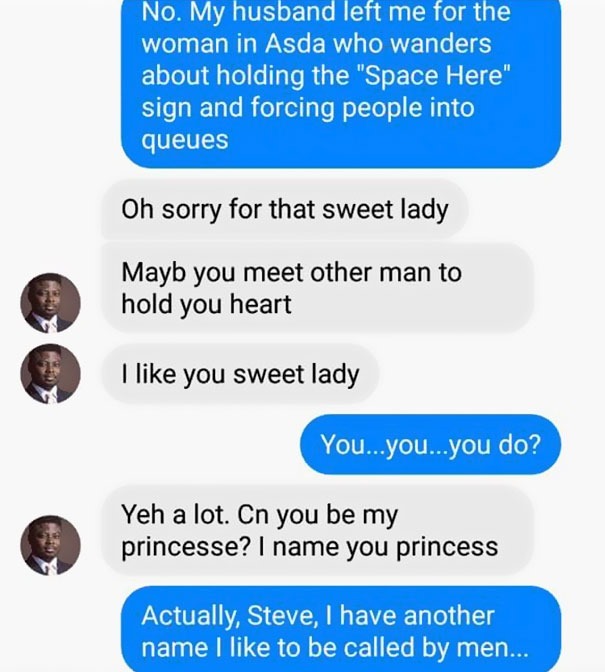 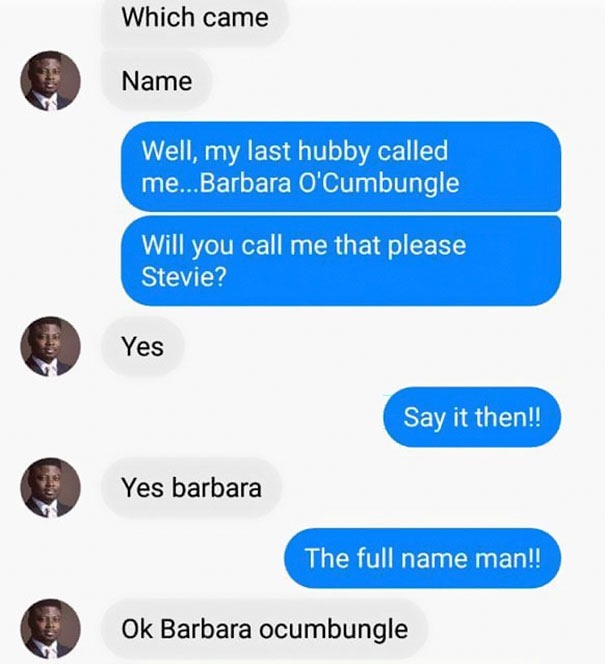 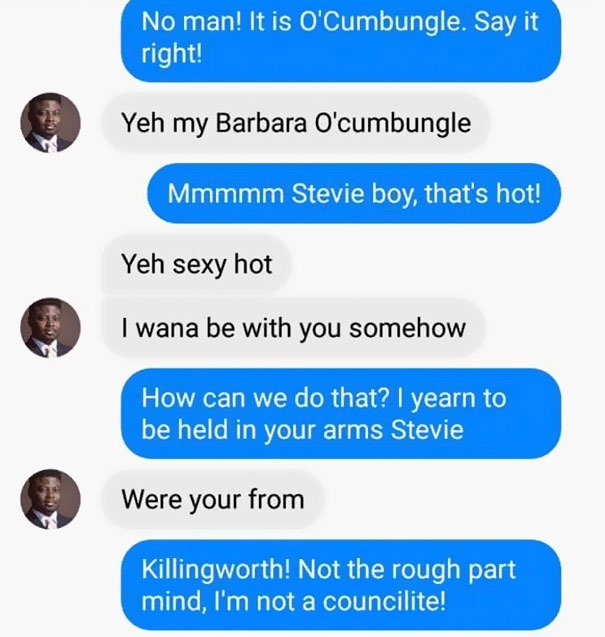 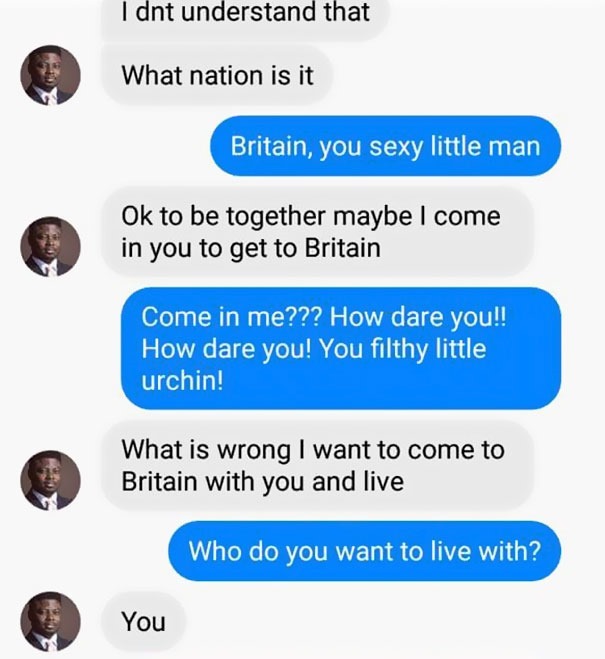 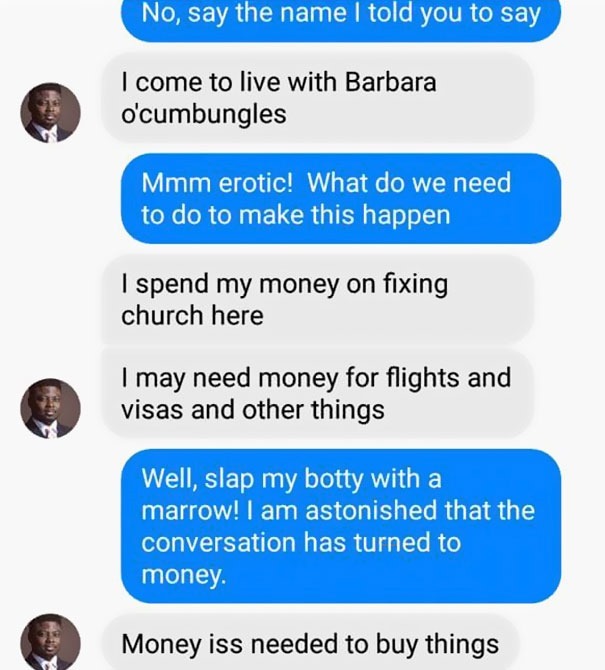 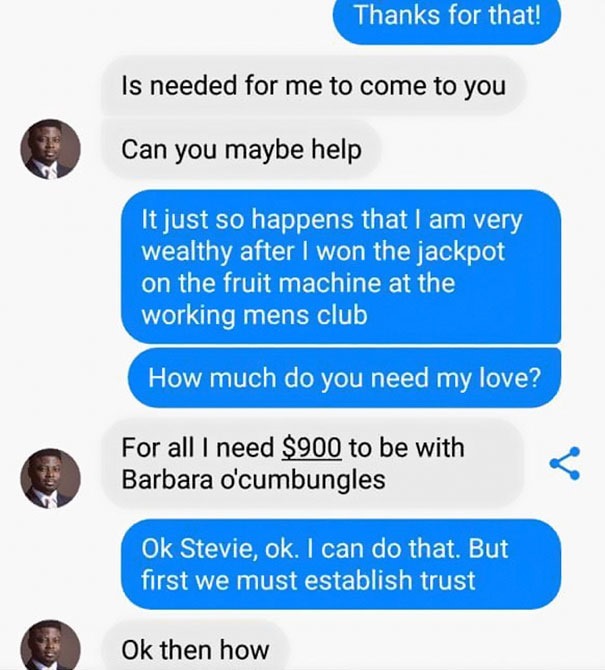 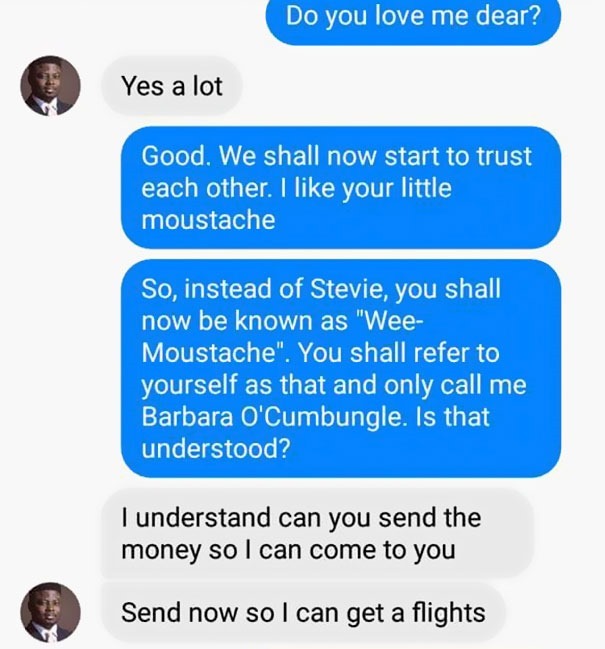 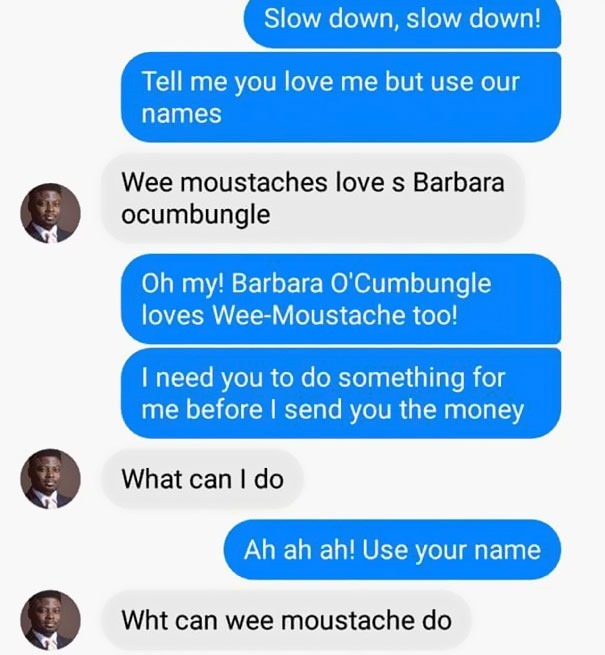 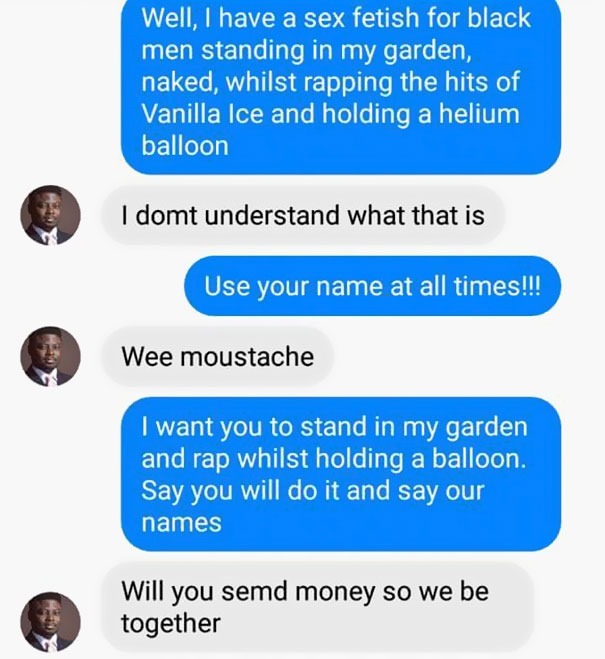