From #Metoo to #IDo.

Many modern brides living in the age of female empowerment aren’t waiting for prince charming to pop the question — they’re taking their happily-ever-afters into their own hands. 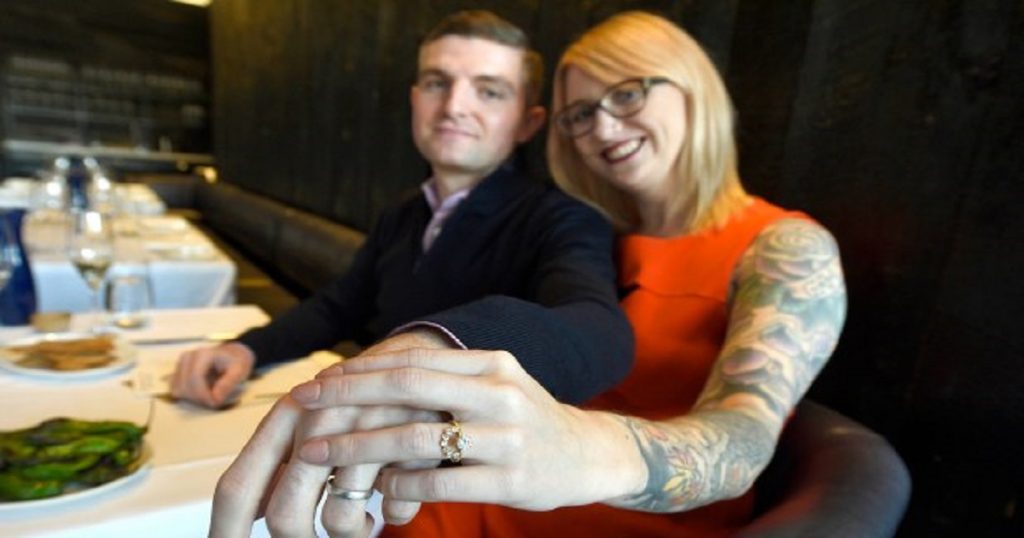 “I knew if I proposed he would have a ring and I wouldn’t be like a kept woman,” said Rebecca Reed, who proposed to her boyfriend in July on their one-year anniversary date. “I was like: I’m taking it by the balls and doing it.”

Danielle Sinay, emboldened by the women’s movement, asked her boyfriend of three years to marry her in October.

“Knowing it’s accepted and seen as something positive opposed to a flaw, I felt a lot better doing it,” she said.

Planner Ash Fox is staging a proposal next week for a female client asking her boyfriend for his hand in marriage.

“She’s making it happen for herself,” she said of the traditional set-up for the unconventional question. “You shouldn’t have to wait for a guy.”

Reed refused to get on bended knee. Instead, the 34-year-old wedding photographer and her 36-year-old fiancé, Steven Jauch, had just finished dessert at Grand Army in Boerum Hill when she slipped a card across the table.

“In case you don’t want to be single Steve anymore,” he read from the note inside as Reed pulled out another surprise — a titanium engagement band she ordered off Amazon for $10.

“I did not get down on one knee. I felt like it is super antiquated and it was one reason I didn’t want him to propose to me,” Reed said. “He started laughing, because at first he assumed it was a joke, and so I had to go ‘No I’m serious. Will you marry me?’”

Their waitress brought congratulatory champagne and Reed snapped a photo of her ringless hand atop her new fiance’s.

When asked if the proposal was a blow to his masculinity, Jauch told The Post he was envious that Reed got to do the asking, but that his ego is just fine.

“It doesn’t change anything,” he said. “It took me a moment to process what was happening because it was like a total reversal of what my mind thought would happen.”

Reed, who participated in the New York City Women’s March last month, said the timing of her proposal falling amidst the women’s movement made it even “more of a statement.”

The Astoria couple plans to marry in October in the Appalachian Mountains in North Carolina. Reed has since gotten an engagement ring – one she designed herself.

Wedding planner Jesse Reing, of Events By Jesse, who has two female clients who proposed to their grooms, thinks the growing economic equality between men and women is a factor behind the engagement trend.

“I think one thing that makes the man wait in the ring,” she said. “But now we are seeing a lot of people making the same amount of money, especially in New York.”

Even for women saying time’s up on patriarchal customs, some struggle to shake the pressure to have a traditional engagement.

Sinay, a 26-year-old Brooklyn-based writer who did not want to give her full name, said that despite being a “devout . . . feminist,” she still felt a twinge of embarrassment proposing to her boyfriend at a Brooklyn bar last year.

“I hate this, but I felt like I was not a real bride and that people wouldn’t take me seriously as an engaged person,” she said.

But waiting to propose would have been worse.

“In a way, I felt like it would be hypocritical if I had sat around and wanted to but didn’t do anything about it.”