Being unfaithful is never a very honorable thing, but then you can add another element of stupidity into it when you alert your partner of what you’re doing.  That’s what happened between Jordan and his now ex-girlfriend. 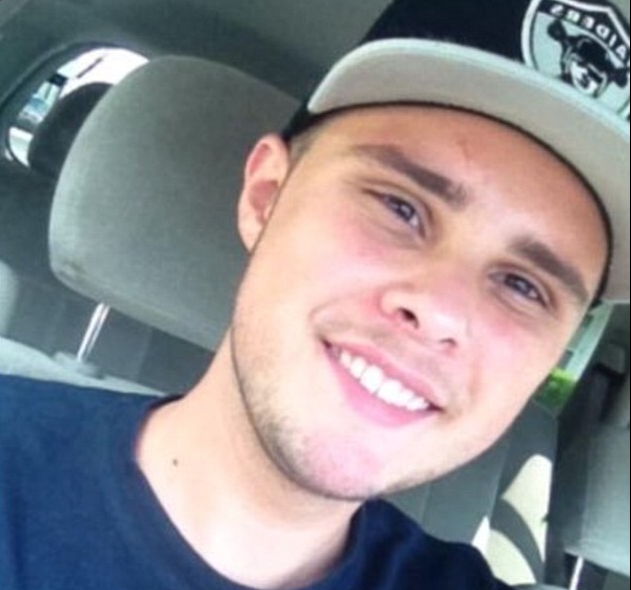 Jordan and his girlfriend Zoe had been going out for nearly two years, but she had been cheating on him behind his back.

However, that ignorance didn’t last long as Zoe ended up texting Jordan all of the details of her infidelity by mistake, instead of the message going to her friend. 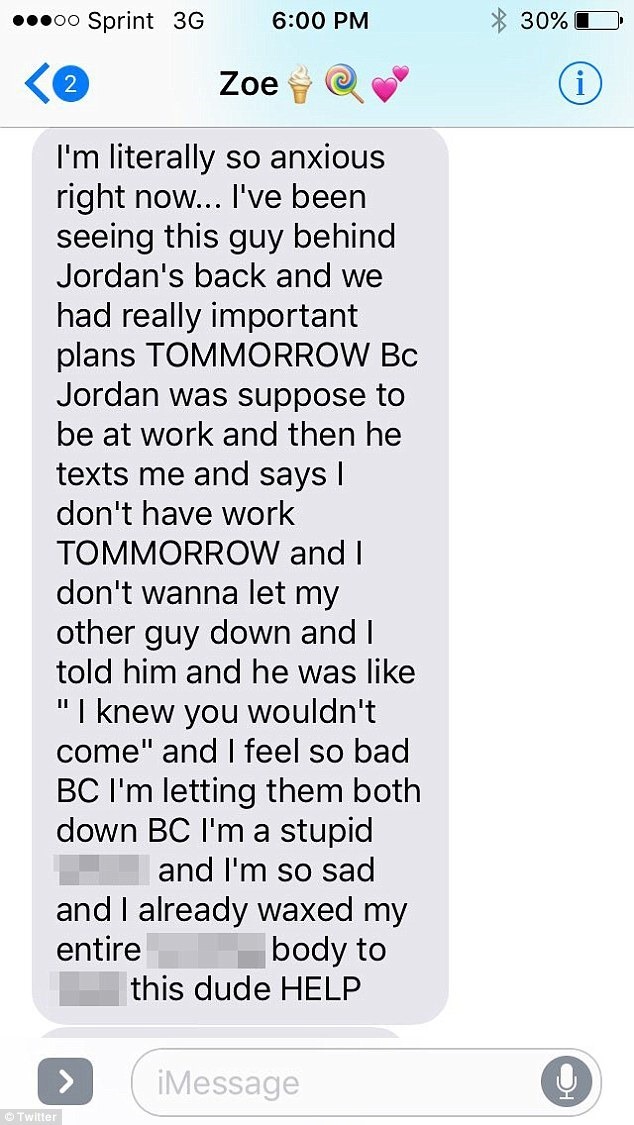 So basically what happened was that Zoe was planning on seeing her other man while Jordan worked, but it turns out Jordan didn’t have to work…

Jordan explained that he had been slaving away working overtime shifts so he could take Zoe to Florida on vacation, and his regret and dismay at learning of her transgressions. 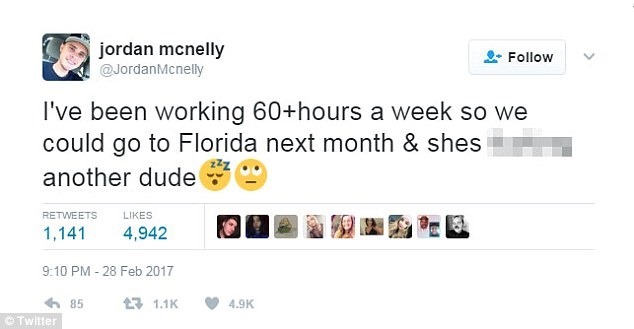 Zoe claimed the message was all a dream.  A likely story that Jordan wasn’t buying. 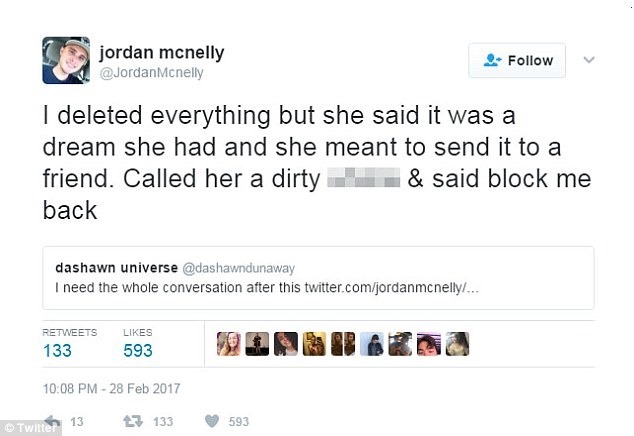 After Jordan told his story, his message got more than 50 thousand retweets and many people on twitter saw it and chimed in with their support for Jordan.  He summarized his feelings with the following tweets: 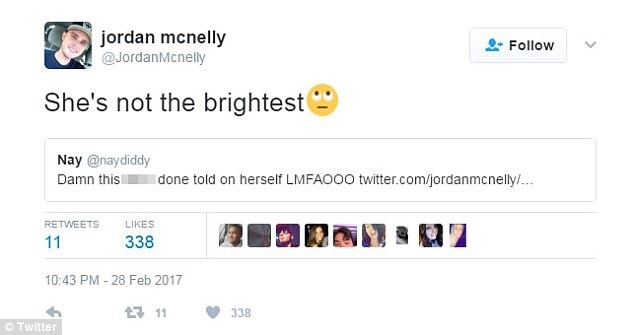 Hopefully Jordan will find a woman that appreciates him for what he’s worth and the way he wants to treat women.

What do you think of this?  Let your friends and family know by pressing SHARE below