Georgia police have an arrest warrant out for an ambulance driver who lost control the vehicle June 16 and killed the patient inside.

Police have charged 21-year-old Crystin Keys with failure to maintain a single lane and second-degree vehicular homicide. While Keys hasn’t been arrested yet, police have reached out to her attorney.

According to police, Keys told them she fell asleep at the wheel when the ambulance went off the road, hit a tree and flipped over. The accident happened about 4:30 a.m.

Austen Trevers, a witness on the scene, said there was a lot of fire trucks and EMS, and on the opposite side of the road was the overturned ambulance. He said it was scary to imagine that a wrong turn or choice could change someone’s life completely. 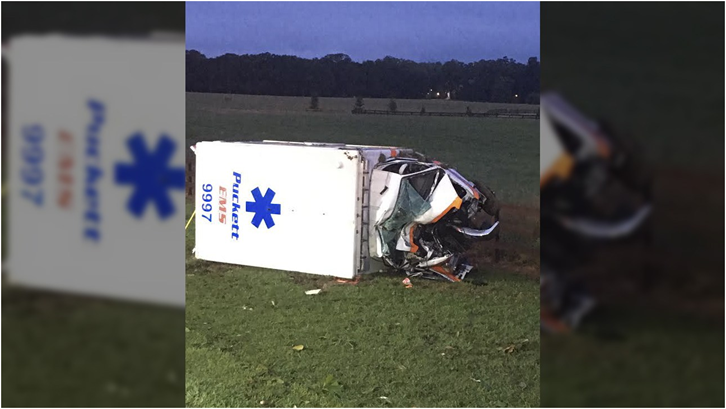 The patient, Tony Patterson, 55, died in the accident. Paramedic and partner Robert Burnham, 29, was treating Patterson. He sustained unknown injuries. Keys herself was injured. Both were taken to a hospital to be treated but were noted to be in stable condition.

Rome Police Department Sgt. Danny Story said Keys told him she’d been working since 7 p.m. and was just exhausted. She said she felt tired but didn’t recall going off the road until the ambulance jerked her awake.

He said Keys’ story is consistent with the accident scene.

Story said there were no skid marks other than the ambulance’s travel path and destruction after it hits the tree and flips over. He was adamant to say that Keys did not mean to injure anyone. He said the accident wasn’t malicious, and it was purely that… an accident.

They were saddened by the tragedy and that the company’s and employees’ thoughts and prayers were with the families involved in the accident. It went on to say the ambulance was transporting the patient to Floyd Medical Center on June 16. It confirmed that the patient in the accident was the fatality and that their employees sustained injuries and were taken to hospitals by Redmond EMS.

They expressed their thanks to the first responders on the scene. According to Puckett EMS, their employees and passengers and people they come into contact are their utmost concern. The ambulance service said it was doing its own review of the accident and would cooperate with the local authorities.