There were provocative and alarming pictures taken that captured a violent physical punishment due to an Indonesian woman having sexual relations outside of wedlock. This penalty was performed in an Indonesian province that practices a rigid type of Sharia law. 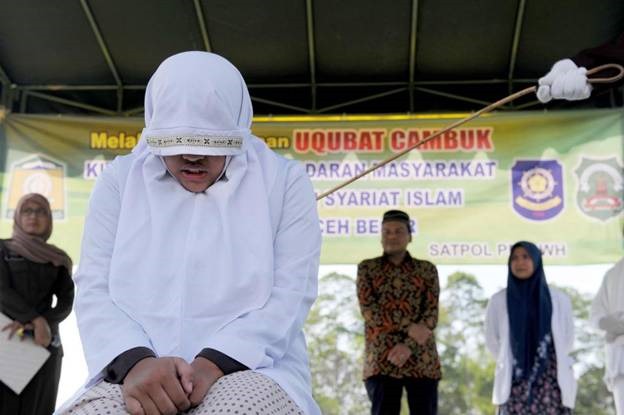 Under this form of Sharia, both sexes are not able to have intercourse or any sexual activity if one is not married.

The consequences are pretty dire as the guilty lady was compelled to be put through an awful public whipping.

A state official donned in a robe and a mask over his head conducts the harsh discipline. 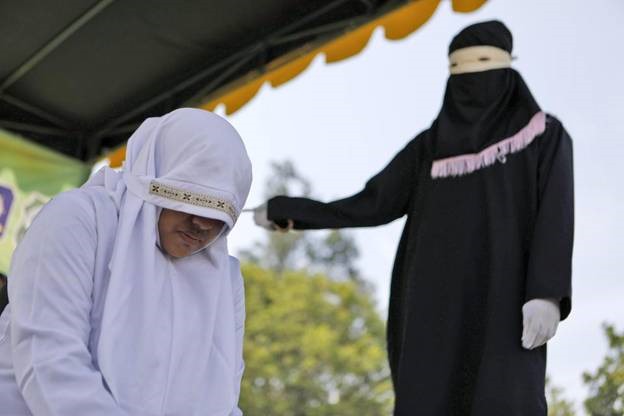 Also shown in the same public event was a male sentenced to 100 strikes by the cane for sexual harassment with kids. The disparities of these two particular crimes, but the similarity in punishments are rightly confusing to people in other regions of the world.

Community whippings are very common in Aceh province of Indonesia.

A few months ago video footage revealing a female being lashed to the point of unconsciousness triggered lots of pushback.

Infuriated in regards to what he observed, Fatah said: “This is isn’t Saudi Arabia or Iran. It’s Indonesia’s Sharia-ruled Aceh province. Lashing as public entertainment.”

Painful images taken just months ago exhibited a lady protecting her head as she was beaten in front of everyone to see, for presumably being intimately involved with someone outside of wedlock.

This is a similar video showing the punishment against a woman who committed a similar crime: