Sumitra Dutta, from a small village in Odisha, an Indian woman, has given birth to conjoined twin girls fused at the abdomen. Their doctors fear the twins are in ‘serious’ danger of dying.

Dutta was told by doctors only two days before the delivery that she was carrying twins.

During a two-hour long surgery to deliver the twins, the doctors were shocked to discover they shared a heart and liver.

The girls, who weighed 9lbs 7oz (4.3kg), were transferred to a specialist hospital where doctors declared them in a critical state. 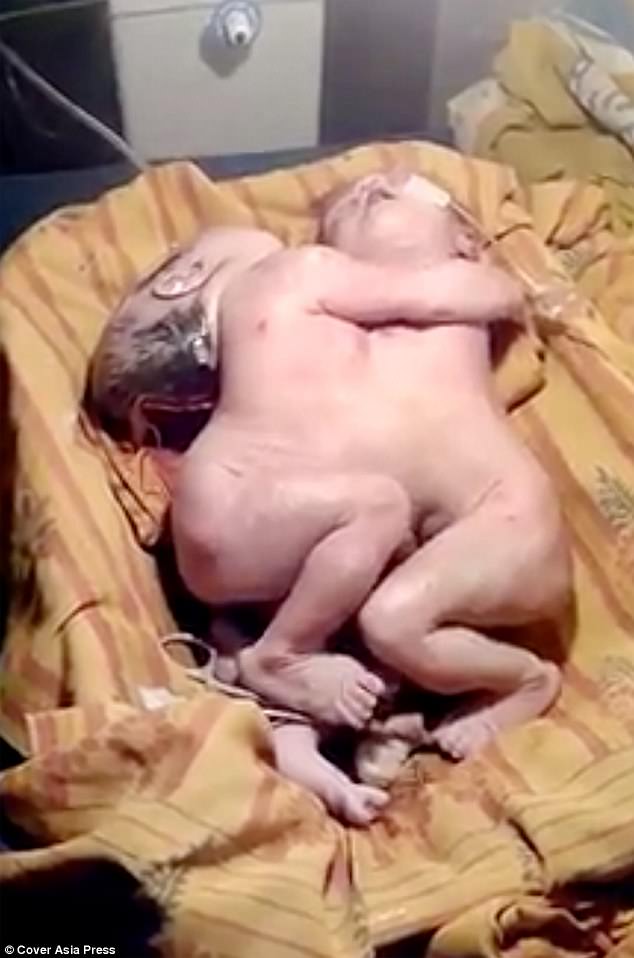 The poverty-stricken parents named the girls Ganga and Jamuna. Currently, they are under strict observation at Shishu Bhawan Hospital in Cuttack.

Professor of pediatric surgery, at Shishu Bhawan, Dr. Pradeep Kumar Jena, said that an operation to separate them ‘would be too risky.’

He said: ‘The girls are joined at the abdomen and share a heart and liver but have separate kidneys, lungs, upper and lower limbs and genitals.

‘We fear the heart is not functioning properly and there is a serious risk to their lives and an operation to separate them at the moment would be too risky.’

The state government has agreed to pay for the medical expenses of the twin girls. Their father, Kishore Dutta, 24, a security guard, was unable to afford the fees to keep them in intensive care, but health minister Pratap Jena reassured him that it would settle the costs. 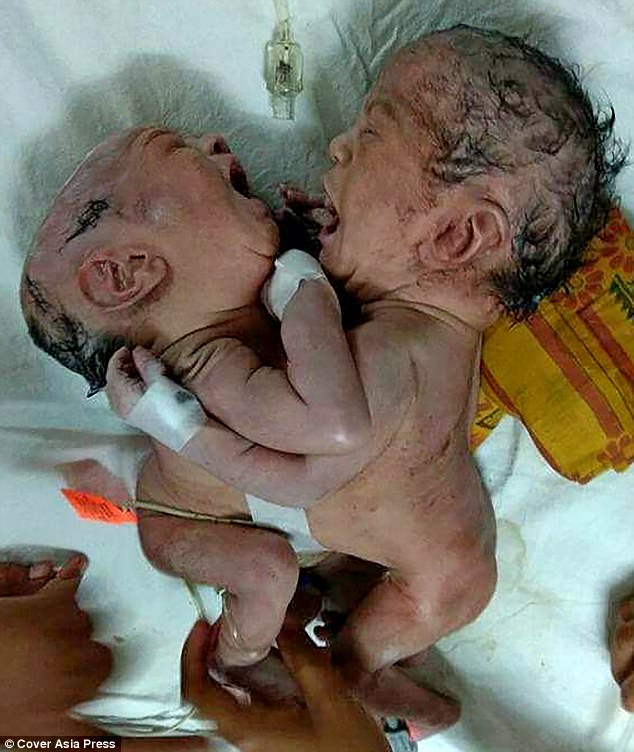 The girls, born weighing 9lbs 7oz (4.3kg), were quickly transferred to a specialist hospital where doctors declared them in a critical state 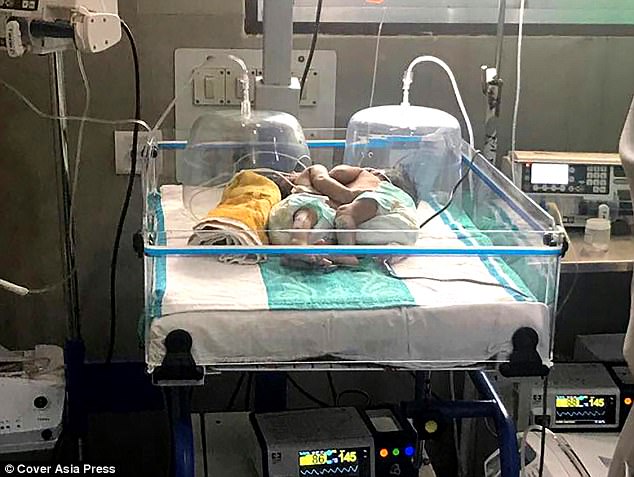 Ganga and Jamuna, as they have been named by their poverty-stricken parents, are currently under strict observation at Shishu Bhawan Hospital in Cuttack

Dr. Jena, who fears the worst, said: ‘We will conduct more tests to understand the complexity of their case. They are currently doing relatively okay, but survival chances are quite low as 90% of these cases die soon after they are born.

‘We have to keep them under observation for some time, only then we can we decided the next step.’

Currently, there is a team of doctors observing them who will wait a couple of months before deciding on surgery. The next few months are critical since it will allow the girls chance for their bodies to grow.

Dr. Jena said: ‘It is easier for doctors to do the surgery and easier for the twins to withstand it once they’re older. The months also allow time for many tests and other procedures that help in understanding more about the twins’ bodies and prepare them for separation.’

Twins Get Groundbreaking Surgery. Cameras Catch Up With Them After They’re Separated