An absolutely horrible episode in Perth, Australia occurred when a Father set his 3-year-old daughter on fire because she was apparently “too beautiful”.  Edward Herbert, a 43-year-old father of 3, has been charged with pouring gasoline on his toddler and setting her on fire while also dousing his 7-year-old right with gas at the same time. 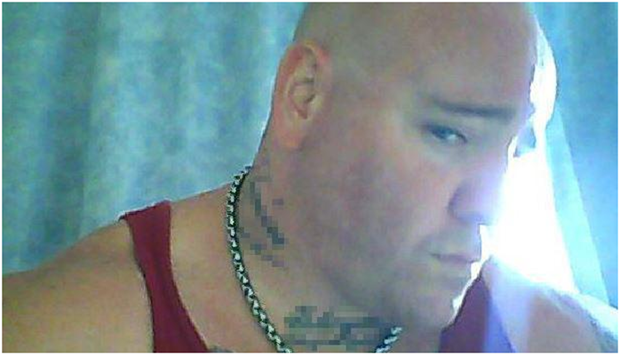 Herbert is purported to have been drinking and smoking marijuana for hours before becoming abruptly hostile just prior to the terrifying assault.
His daughter required laser and surgical treatments for her scars after she had been severely burned on her face and upper torso.
The prosecutor in the case against Herbert, Amanda Forrester, informed the court that the daughter “will be permanently scarred.”
In the trial, the court listened to a report of what Herbert said.  It included: “that’s it b#$%&, I am going to kill you” before he grabbed a can of gasoline and stormed into his little girl’s room.  After the perpetrator had spent hours becoming intoxicated, he said “the werewolf is coming at 12:00,” to his wife.
That’s when the man dumped gas all over the 3-year-old and lit her on fire just before pouring gas on the slightly older daughter.
Daniel McMillan, a neighbor of Herbert’s, showed up following the awful incident and discovered Herbert walking back and forth in his kitchen drinking more alcohol, according to news accounts.

The suspect then supposedly shared with the neighbor that because his kids were his he could get away doing anything he wanted to them. Herbert also allegedly told McMillan that his 3-year-old was “too beautiful” and that’s the reason as to why he set her on fire.
Herbert is accused of two counts of performing an act with a motive to kill.
He is being charged with other crimes such as being armed with a deadly weapon and threatening to kill his wife.
Herbert confessed to lighting his daughter on fire but alleges he had been mentally unstable and “insane” at that moment and therefore not guilty.

What do you think of this?  Start a conversation about it by sharing below.