You’ve likely seen a Tim Burton movie by now.  Think of Nightmare Before Christmas, the new Alice In Wonderland, Corpse Bride, or Edward Scissorhands.  His characters are unmistakenly outlandish and on purpose.  They are very artistic and some would say creepy but creepy in a good and unique way.  Here are a few examples of the characters he has envisioned and created: 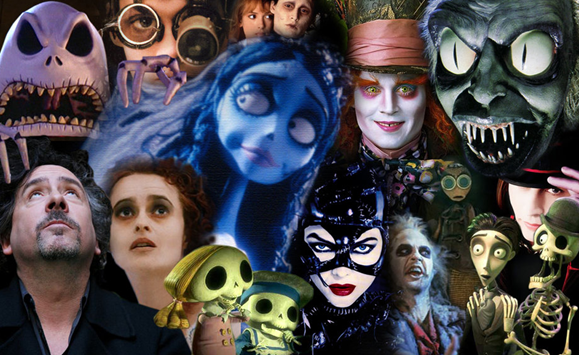 Andrew Tarusov is an artist from Los Angeles who originally grew up in Russia. He has recreated a bunch of Disney movie posters that merge what he thought would be Tim Burton’s inspiration and touch to make them “Tim Burtonish”.  Take a look at some of them! 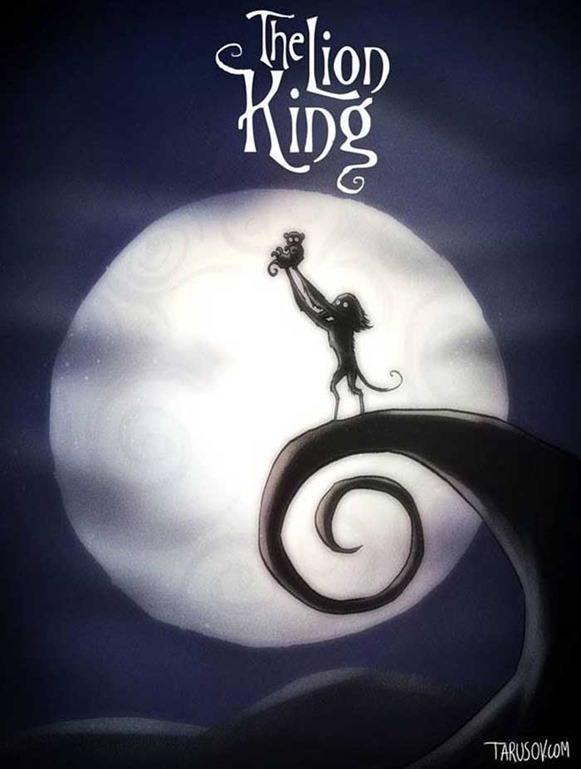 A classic element of Burton is the twirl in many scenes.  Combined with the Lion King, it looks pretty neat. 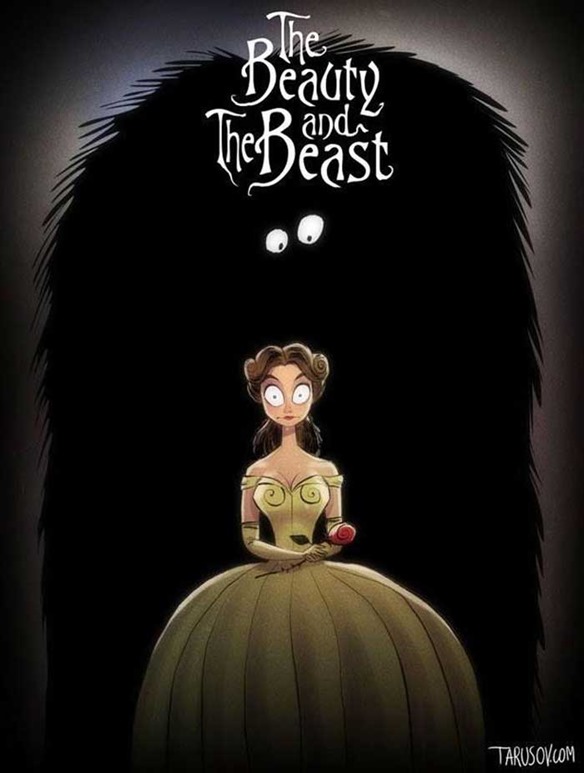 The beast looks even more ominous and beasty… 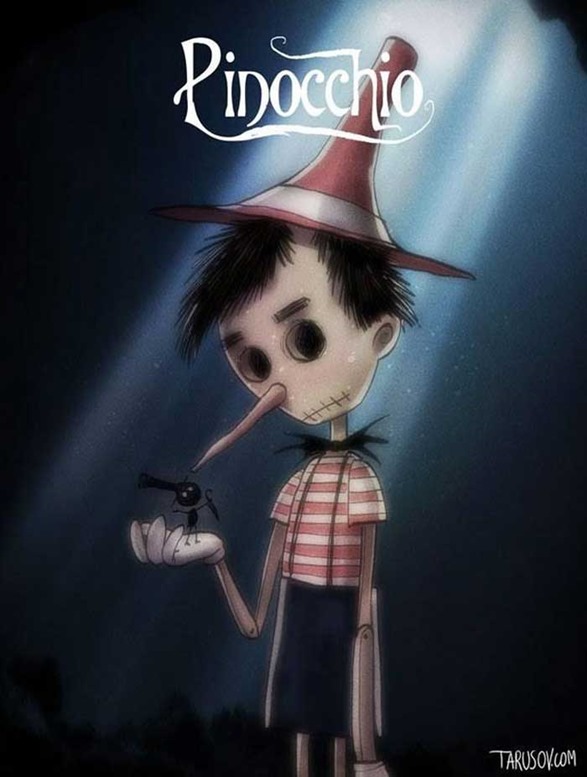 Now that is a Tim Burton Pinocchio if I’ve ever seen one…  The eyes are classic Tim Burton style. 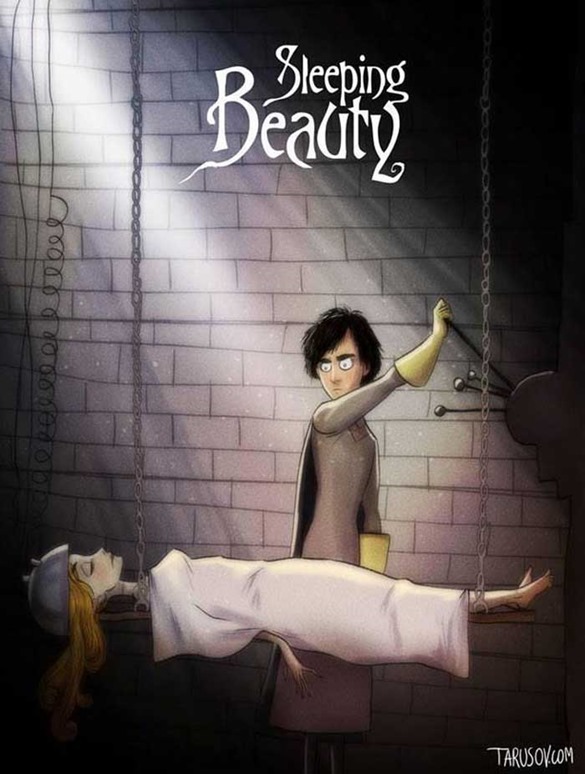 Whoa.  That is one take on Sleeping Beauty I thought I’d never see. 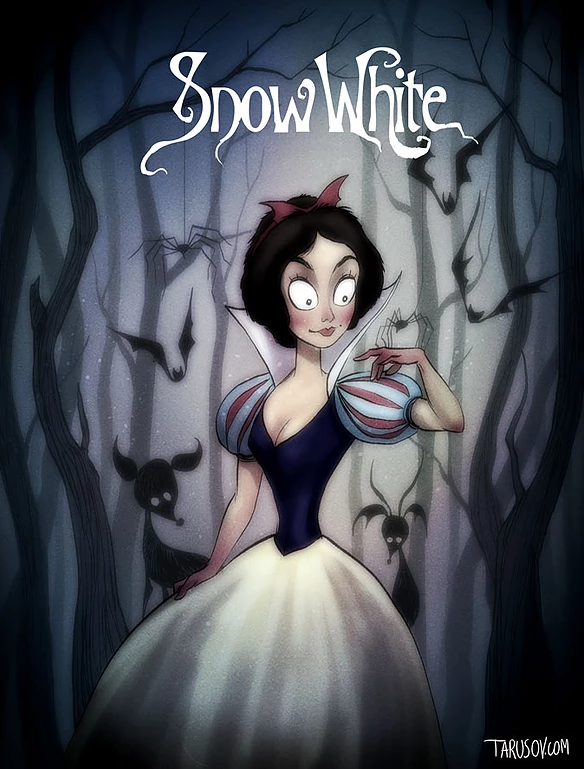 Snow White with a bunch of creepy animals, bats, and deer behind her in a creepy Tim Burton style forest. 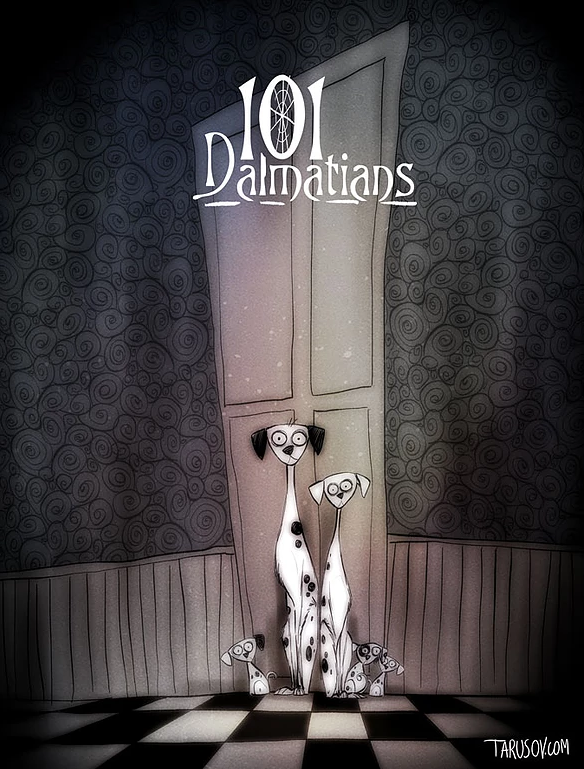 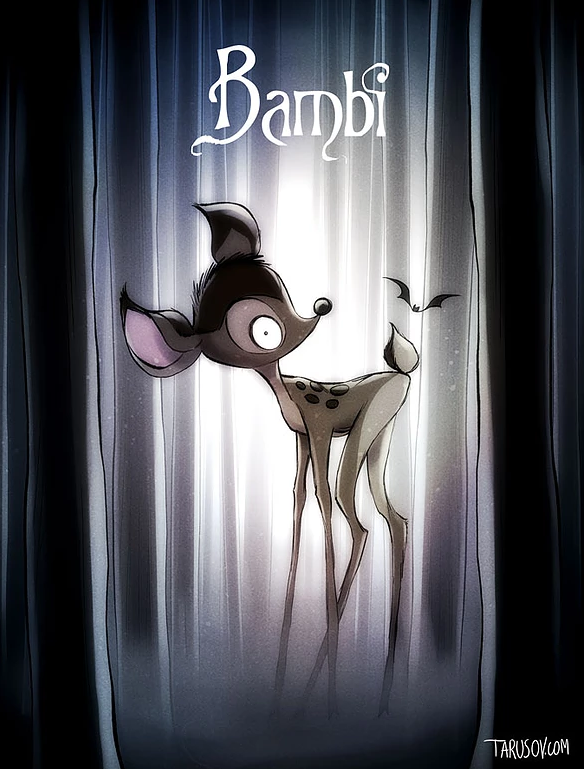 Bambi doesn’t look as sweet as she did in the original.  Actually, I think I’m a bit scared of this Bambi. 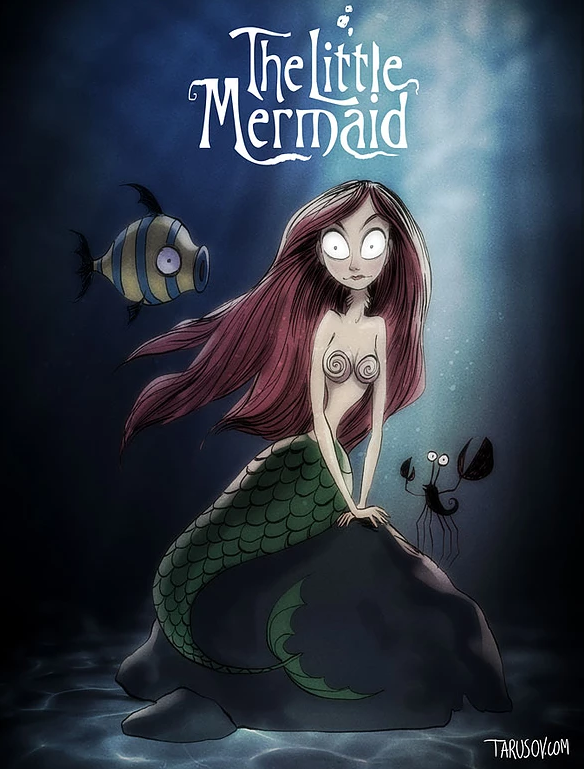 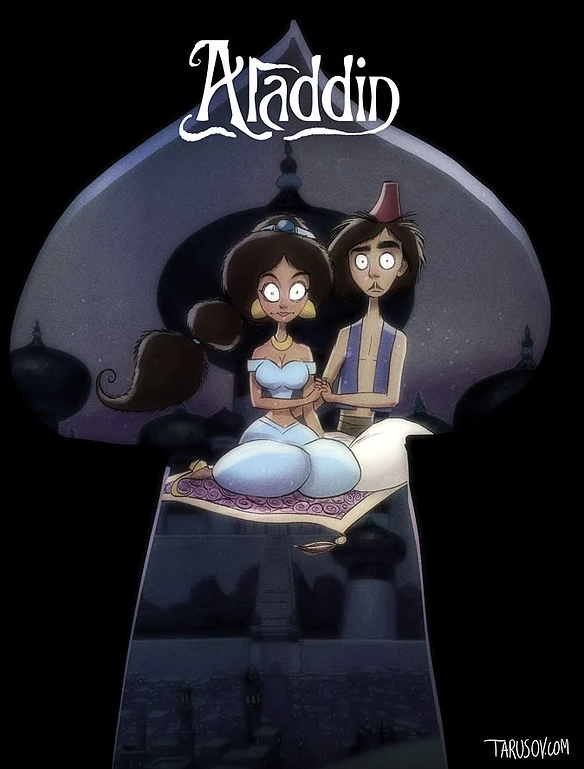 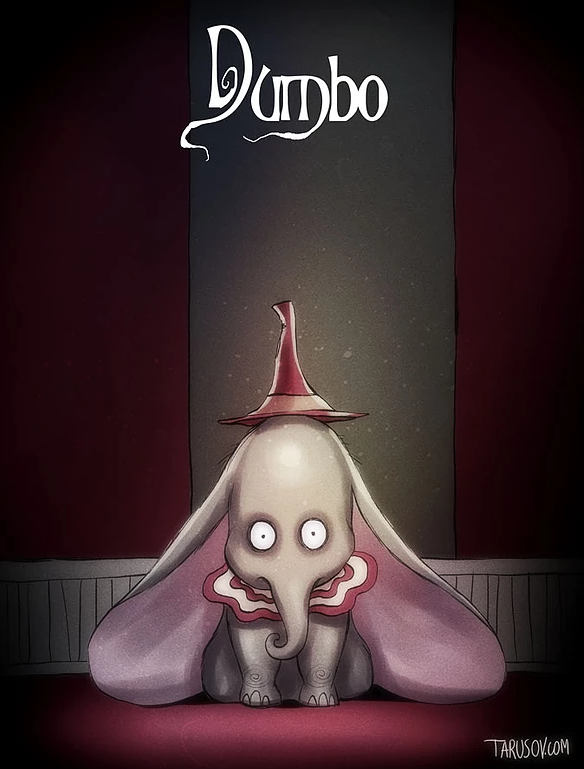 You can visit more of Andrew Tarusov’s amazing work at http://www.tarusov.com/