Police officers in Houston, Texas took numerous call-ins regarding an individual who had been duct taped on a traffic sign.  When they got to the scene they came to discover the man had taken a bet and lost.  In the process of the call, the cops almost used a taser on the taped-up man’s friend.

The Houston law enforcement deployed to a street junction on Wednesday to the north-east side of the Texas metropolis where many people declared watching a man duct taped to a yield sign. The officers got to the location and came across another male wielding a blade and getting close to the man duct taped to the sign. 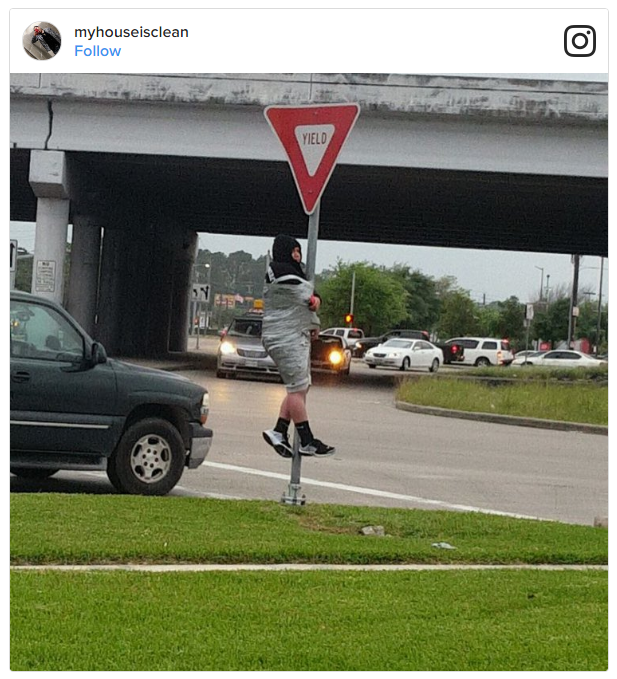 The officer promptly instructed the knife-carrying man by yelling, “Drop the knife or I’ll tase you.”

The officers quickly learned the friend had been wanting to free the taped up man.  They also the discovered the name of the individual; a one Miguel Chavez, who was strapped to the sign with duct-tape because he lost a bet.

The pranksters said they bet on a basketball game between the Golden State Warriors and Houston Rockets.

Chavez explained his consequence was whether to put on the yield sign, or a vehicle, and they chose to do a coin toss over it.

“Heads was for the pole. Tails was for the car,” Chavez informed a local station. “It landed on heads, and everything went from there.”

The authorities aided the man off the street sign and offered a lift to his house. None of the individuals were charged.