Authorities in Santa Ana are looking for an individual who completely lost it at a 7-Eleven after something went wrong with his transaction when he was checking out.

The man was attempting to buy a pack of M&M chocolates and he swiped his debit card and began typing in his pin. After it the customer’s card was declined, the cashier behind the counter alerted him that his card wasn’t able to be accepted. 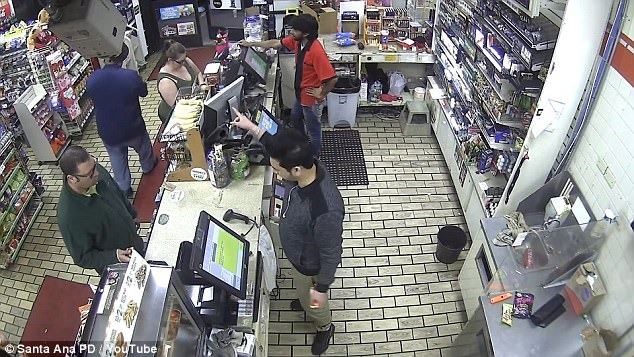 At this point, the customer is seen jolting towards the clerk and shoving his head as the employee moves backward to get out of his grip. 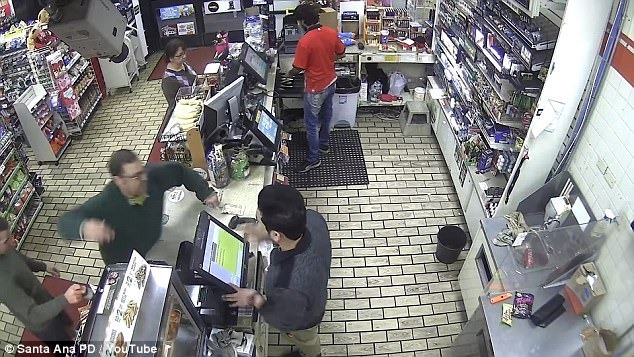 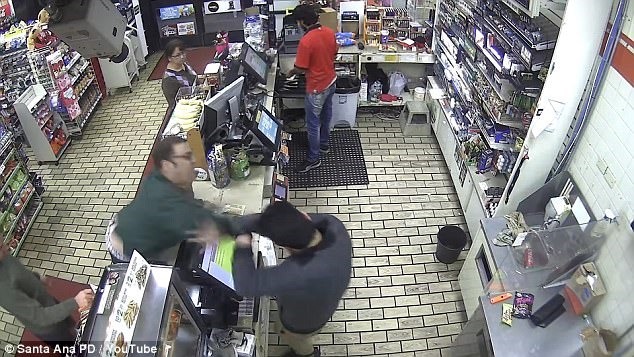 The cashier moves backward as the customer picks up bananas and throws them at the other cashier. He also moved the cash register off the counter and destroyed up to $700 worth of goods in the store. That’s when he made a move out the door of the store without any goods. 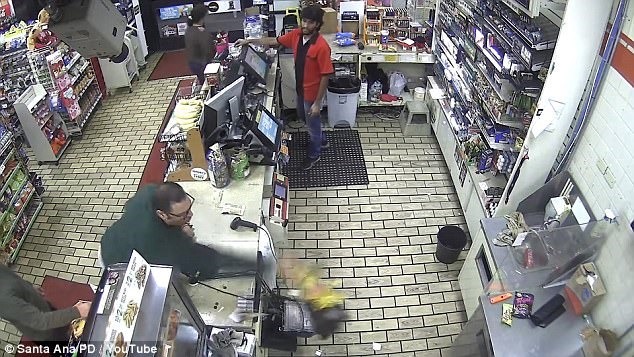 The Santa Ana police force has published the video of the perpetrator so hopefully, he will be recognized and brought to justice.

Neither of the employees had been hurt in the onslaught.

The description of the perp is a bespectacled Caucasian 30-something-year-old male, with a medium-heavy frame.

Share this outrageous story by using the button below