Being a Mother is not easy, and I don’t know one sane person in the world who can say that it is.  Some Moms may make it look easy, but they go through a lot of things that aren’t voiced to others.

A woman and Mom named Bekki Pope wrote a hilarious list of her experiences after having a child.  They range from what a baby looks like to how babies don’t really listen, to the emotions a Mom goes through.  These are really quite funny and many Moms can relate. 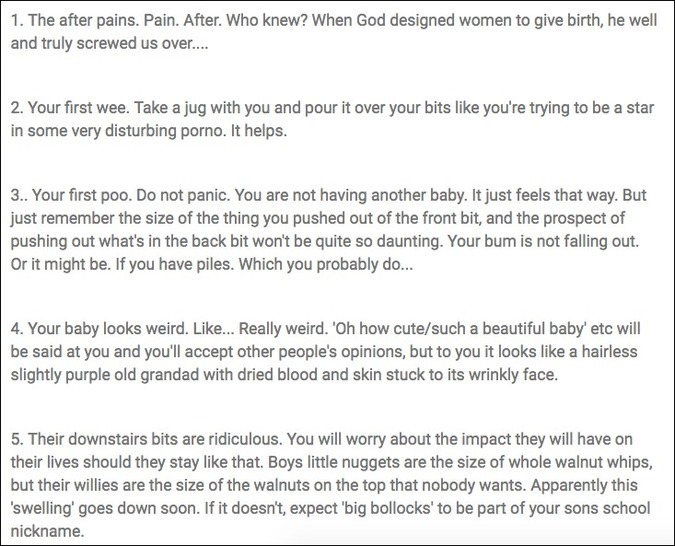 Some of these totally make sense for sure! 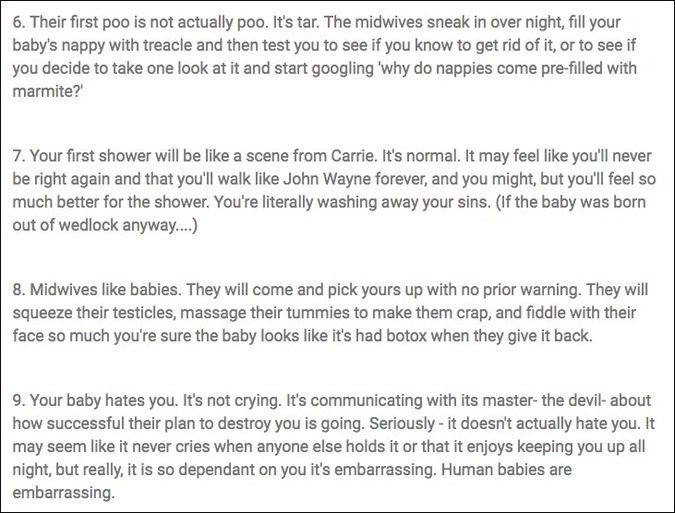 The shower looking like a scene from Carrie and “It’s not communicating with its master” are priceless.  This woman is on point! 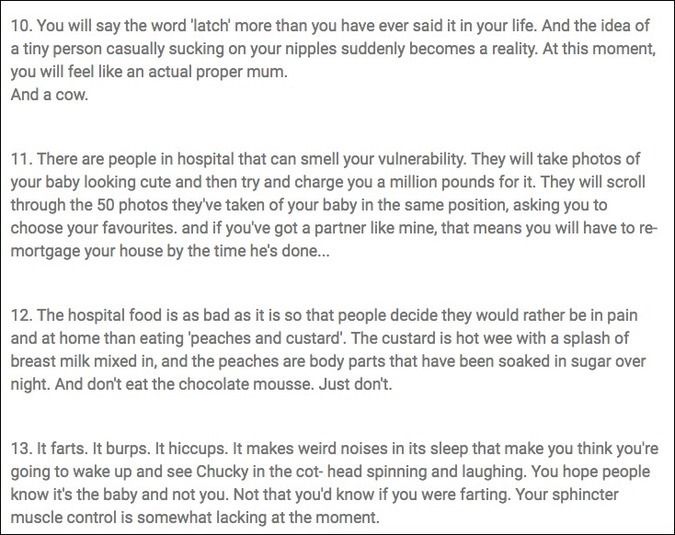 The word latch is definitely said more than can be counted, and yes the hospital food they bring is not the best.  Bekki has superior logic here. 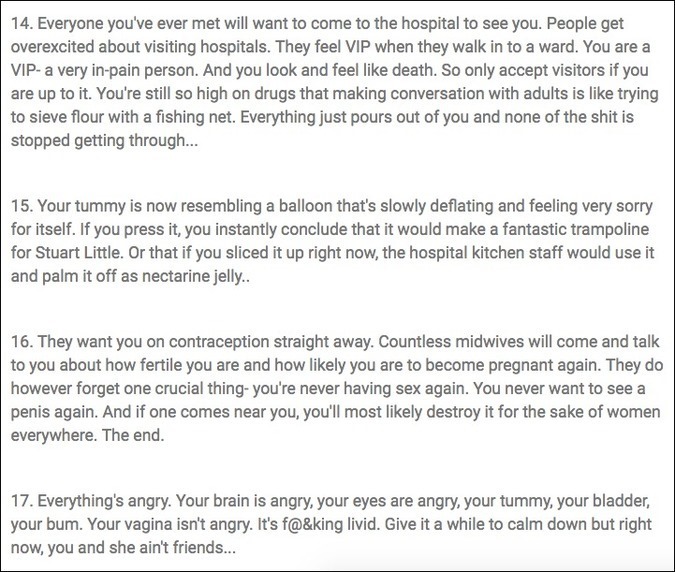 These are funny, but some very honest truth in these too! 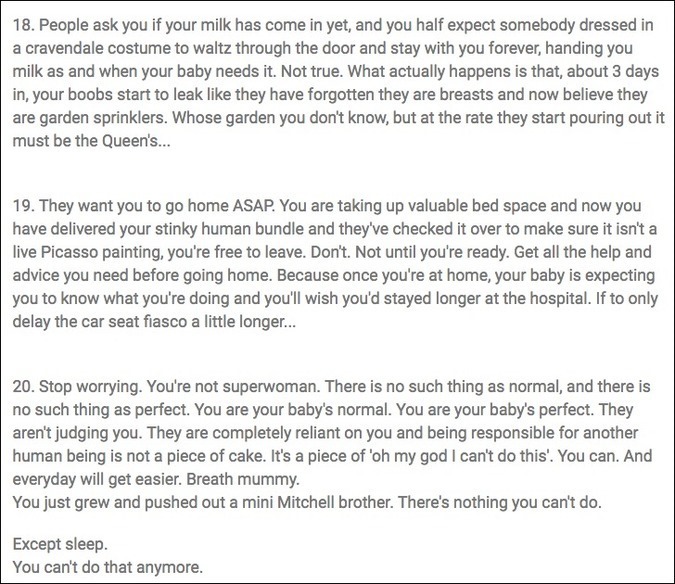 With tens of thousands of shares and comments, you could say her list resonated with an audience. 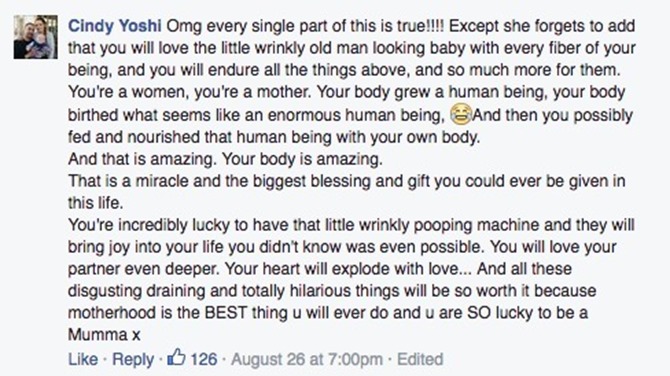 One of the most salient and important points was said by Rachel Bailey:

So true, let’s appreciate all the hard working and amazing Moms out there!