Australian authorities reported that an unnamed female from Australia experienced injuries and burns when her headphones blew up in her face while on a flight on her way back from China.

The lady apparently drifted off midflight with the battery-powered headphones on and woke up to them exploding. She then sensed a very hot discomfort on one side of her face. 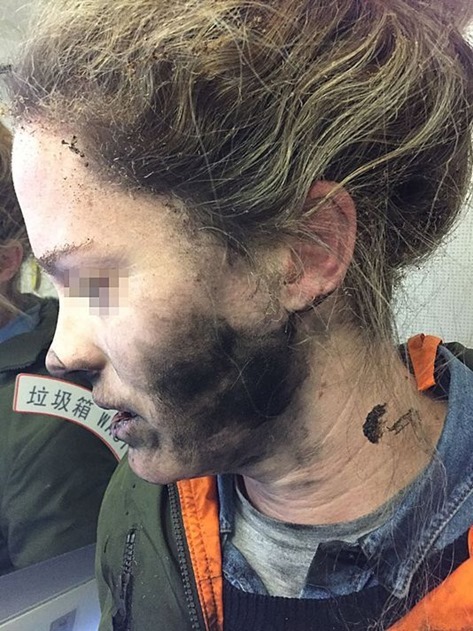 The Australian Transport Safety Bureau released a statement which included a summary of the incident and where the woman recalled, “I just grabbed my face which caused the headphones to go around my neck…I continued to feel burning so I grabbed them off and threw them on the floor. They were sparking and had small amounts of fire.”

As the headphones were sparking on the floor, the stewardesses on the flight doused the headphones with water. The place where the battery pack was contained had burned up and melted into the ground of the aircraft.

The burn victim recollected that travelers on the flight had been coughing and experiencing breathing issues for the rest of the flight due to her headphone mishap.

The TSA(transport safety agency) claimed it was the battery of the audio device that was probably to blame.

The TSA hasn’t stated what the model of the victim’s earphones, what air carrier the woman had been flying, or precisely the moment the accident took place, outside of it happening recently. Authorities have not yet replied to any further inquiries.

There are many safety concerns with new devices, be safe and be sure to know about them. Please share this story so people can follow it.