Several Jacksonville, Fla. naval hospital staff members working in the nursery had the bright idea to make jokes about newborn infants and even take pictures of them while doing it.

These pictures were shared via Snapchat, with a few pictures calling the newborns, “little Satans.” In one video, one coworker is holding up an infant making it dance with rap music. In another photo, one worker is flipping the newborns off. A screenshot was attained from the Snapchat image and posted to social media. 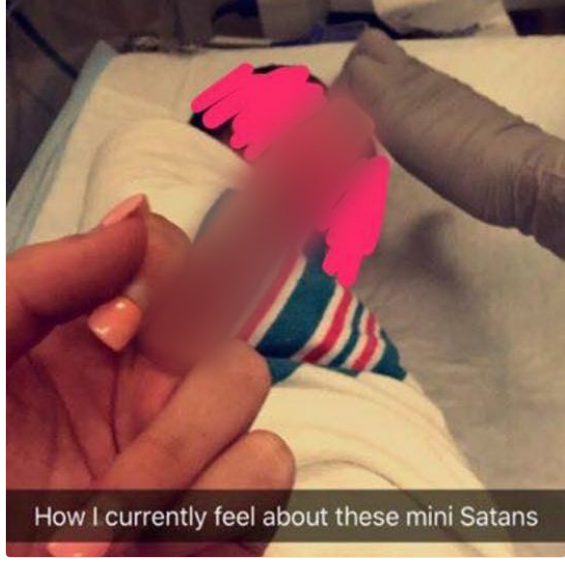 When hospital officials learned of the staff’s behavior, they fired the offenders right away and issued a statement regarding the situation. The Naval Hospital in Jackson said the members involved in the incident have been identified and are no longer involved in patient care. According to the hospital, the legal and military system will handle them.

Many people expressed their outrage at the posts, with thousands of them saying the caretakers’ behavior was reprehensible.