It seems mothers can’t do anything right. And, with the Internet, there’s always someone saying something negative about a mother.

Erin Oprea was the target of bullying after she was caught jump-roping during her son’s soccer game. Trying to multitask and wanting to get in a workout, Oprea opted to do a quick workout. She turned away from the field – her effort not to be distracting – and use the jump rope.

What Oprea didn’t know is that another soccer parent didn’t like what she was doing. A regular workout became a bullying moment.

Oprea saw her pictured posted on social media by an unknown man, trying to shame her for the workout. He had written that he would probably be wrong of him to let her know that every dad at the soccer field thinks she’s screaming for attention. He said he could only imagine what soccer moms had been thinking about her jump roping for two hours.

He was trying to bully her for getting in a workout when she could.

Oprea, upset, said she was just thinking about killing two birds with one stone. However, she didn’t let the man get too far under her skin. She reposted his photo saying, “Don’t let others bully you.” 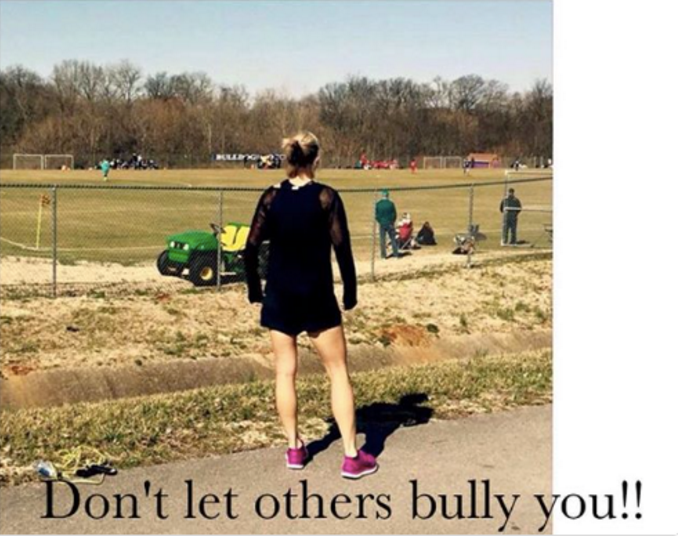 Country superstar Carrie Underwood supported Oprea in standing up for himself. What the man taking the picture didn’t know was that Oprea is Underwood’s personal trainer. Underwood defended her personal trainer’s decision, saying the man has a problem with himself and needs to look at himself first. She said he hoped he’d become an adult and quit bullying other people who try to better themselves. 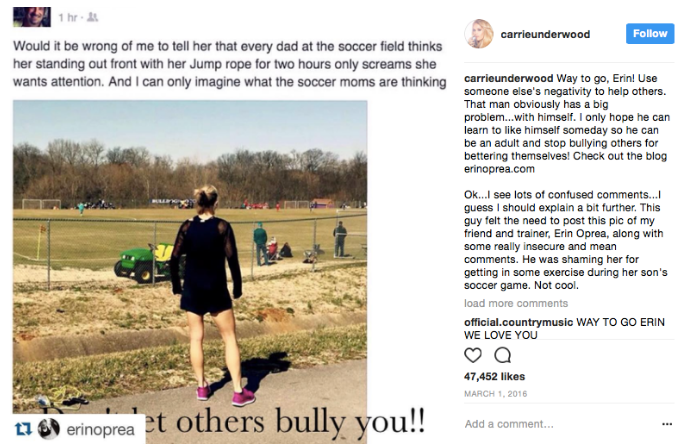 Oprea shared her story on “The Doctors” TV show. She said bullying is what causes women not to work out. She said she wants women to do what they love regardless of what people think or say.