Manpreet Singh, from the state of Punjab in India, is possibly the smallest man in the whole world. As his parent claim, his normal growth stopped at the 6th month. Now, he has the same proportions though he’s 21 years old. His parents are not wealthy enough to pay for the medical research to figure out precisely what is going on with him. He’s in a poor condition of health, and his legs haven’t been moving since he was 3. He’s also not able to talk.

The strange thing is that people from his country think he’s a kind of a deity so they often visit Manpreet in order to receive a blessing.

“We don’t have money to pay for his treatment. We have taken him to many doctors since his birth but around five to seven doctors told us that he is suffering from thyroid and he can be treated. But we have given him a lot of medicines and there is no difference.” his mother said.

Manpreet’s mother said that villagers like him: “Among his relatives, as well as those who come from outside, he is considered to be like a god. Whoever he blesses will get their wish fulfilled. People don’t bully my son for being short. We don’t feel bad about him. We all worship him. People love him a lot. People come to worship him every day.” 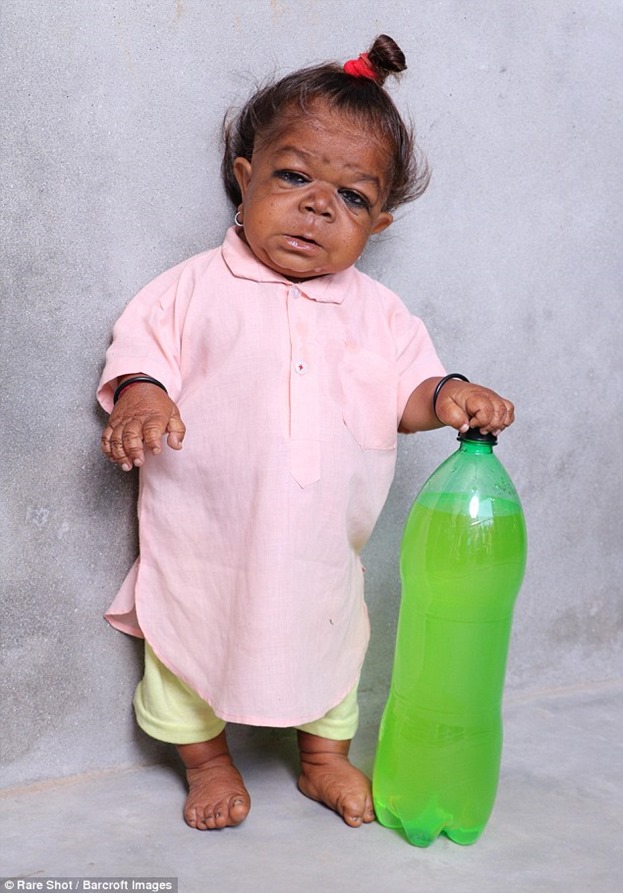 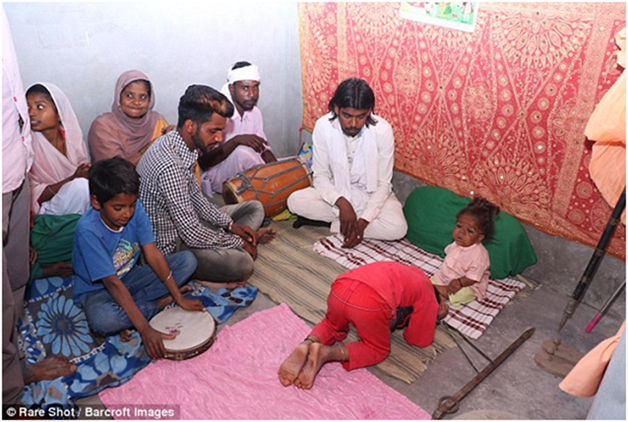 Manpreet’s parents have two more children who are completely healthy. One of them, Jaspreet, 19, takes care of Manpreet.

Their only hope is to raise enough money for his medical treatment, once he becomes famous.

“We have consulted a lot of doctors but they also don’t have any hope. But if by any chance there is a possibility, I could not be happier,” said the father.

According to the local doctor’s opinion, the problem is connected with the function of the thyroid.

“People come to me who are suffering from fever or a cold, I take care of them. But this is a different case, I have seen it for the very first time. Today science has developed so much that nothing is impossible. His treatment is also possible.” said the doctor.

According to the Guinness Records, the shortest human ever in the world was Chandra Bahadur Dangi from Nepal at only 21.5 inches high and weighing a tiny 32 pounds. He died at 75-years-old in 2015.

Share this crazy story with your friends by pressing the button below!