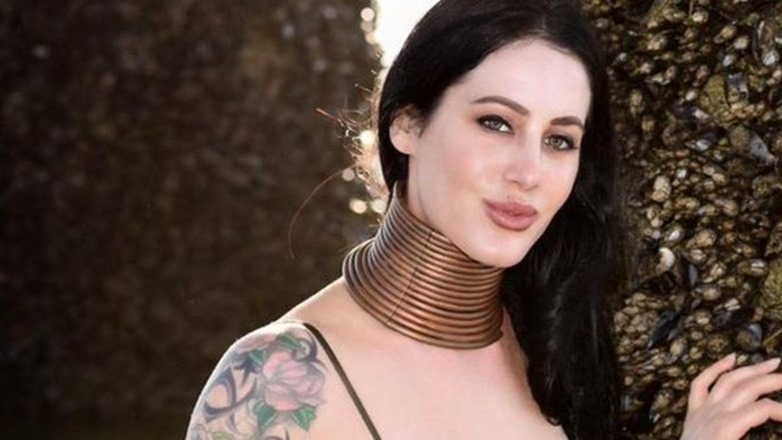 A young woman with an unusual goal eventually gave up the whole idea because “logic kicked in.”

Sydney Smith, a 30-year-old from Los Angeles, decided to do an unusual thing with her body, actually, neck – to stretch it by metal rings in order to look as a giraffe. The idea popped out when she was reading about giraffes from south-east Asia and the tribes from Thailand and Myanmar and their strange custom of wearing metal rings around the neck. 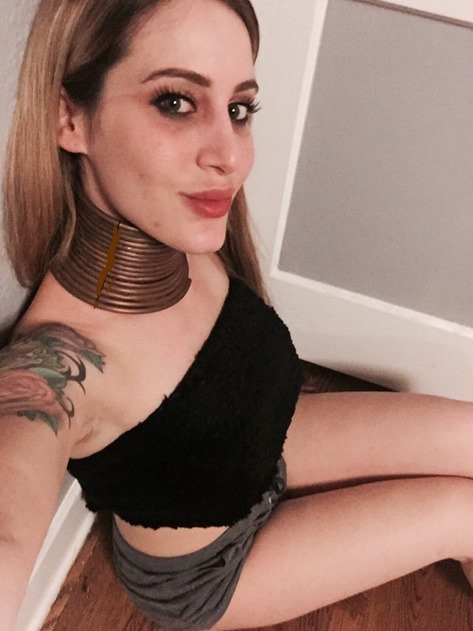 “I’ve always had a long neck,” Smith said for The Huffington Post. “In middle school, they called me ‘giraffe girl.’ Then I saw the pictures of the long-necked tribes in Thailand and Burma in National Geographic and I became fascinated with them.”

When she was younger, she used to pack her neck with coat hangers every night. She stopped doing it for a couple of years to decide if she wanted to change her body or not.

According to Daily Mail, in 2011, Smith made a decision to stretch her neck as much as possible. She just added the rings gradually and reached to 15 heavy copper rings. She didn’t take them off at all, though their total weight was 5 pounds. 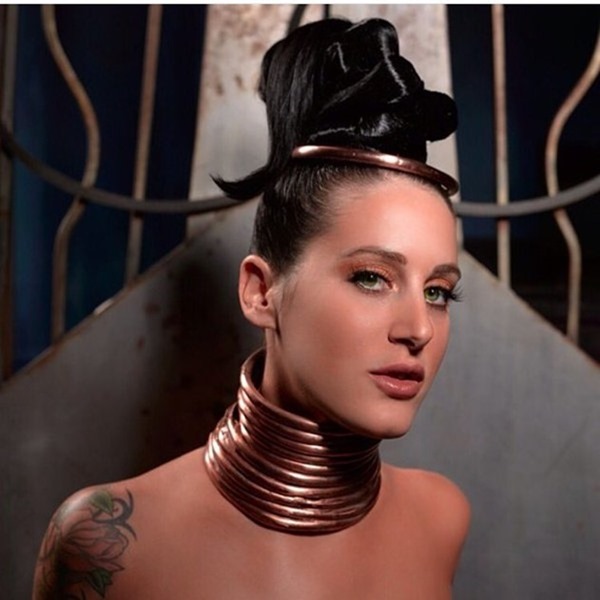 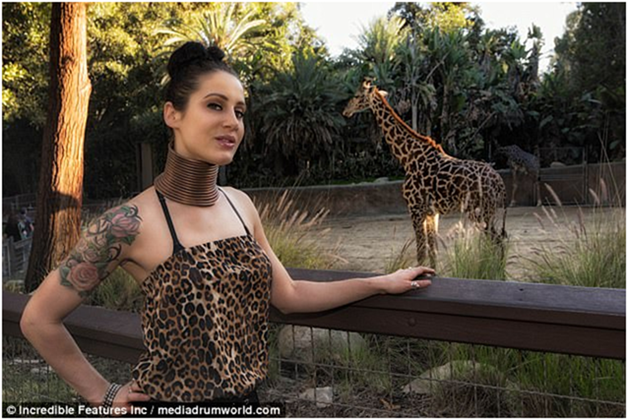 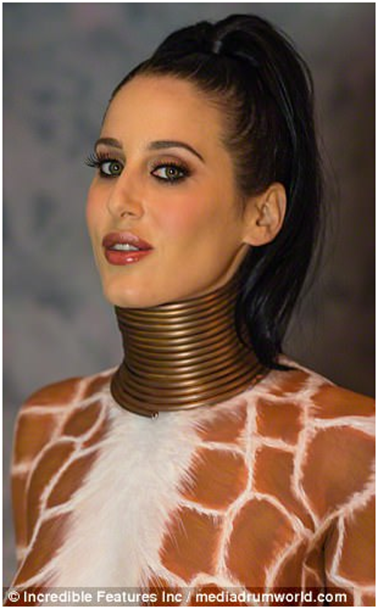 She came to the conclusion that she didn’t want to be a “giraffe woman” anymore, and decided to remove all the rings.

“I couldn’t function properly as a long neck woman with 15 rings around my neck in the United States of America,” Smith said. “Unless you are willing to completely isolate yourself and you’re a trust fund baby and don’t ever need to leave the house, don’t ever need to drive, then maybe you can pull it off.”

She also says the rings were becoming her ‘alter ego’ and she didn’t feel comfortable with that fact.

“I spent five years of my life with rings around my neck and I just became very introverted and isolated and felt like the rings were taking over my life in every way. It was always about the rings, it wasn’t about Sydney anymore. I tried sticking my neck out to make it work but logic kicked in after a while.”

As Smith removed the rings, she needed a physical therapy because her neck was quite stiff. Her neck is now in a much better condition and it seems it will recover completely.

“People have this misconception that they think that your neck is going to look super long when you remove the rings. It goes back to normal. I do feel my neck is longer than when I started but I feel like it has shrunk since I took them off.”

Smith also says she would do the whole thing again because the rings made her feel comfortable and safe.

“I really enjoyed the feeling of the rings around my neck,” she said. “I miss the sensation of the weight on the collarbones, which was in a weird way very comforting.”

Smith was even featured in the hit TLC show “My Strange Addiction” at one point.

What do you think about this? Share this story with your friends below