So who really is the true clown in the family? Many would say that it is the older siblings as they would seem to have developed the most comedic chops, often at their younger brother or sister’s expense!

But research by YouGov has just come out showing that it’s actually the youngest sibling of the bunch that’s the true comic. The eldest becomes overwhelmed with responsibility, leading to a more serious, non-comedic tone. It turns out the order of birth does have something to do with differences in character, one being a more comedic nature for the last born child. 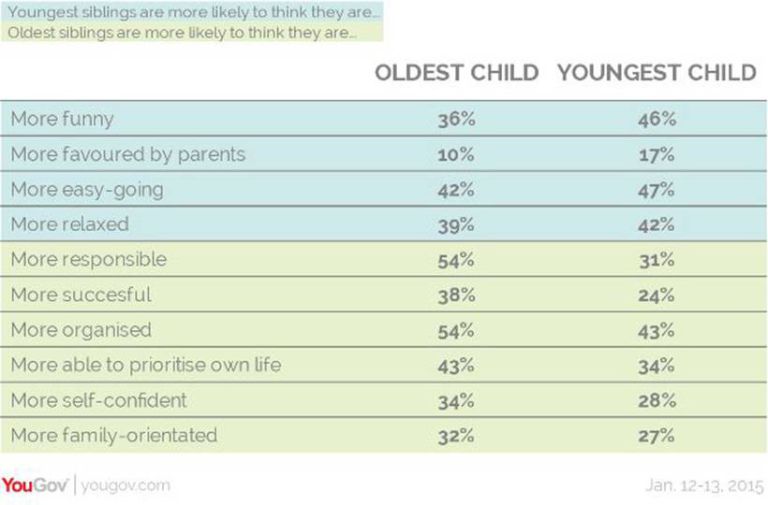 The study mentions the following: “Splitting out the first and last born siblings in British families with more than one child (86 percent of the population), a clear divide in personality traits emerges.”

The burden of responsibility turns out to be the most significant difference as pointed out by 54% of first-borns who say they are more responsible than their siblings. The younger siblings have stated that they are more funny and easy going.