A mother-of-four who was diagnosed with rare eye cancer at eight months pregnant gave birth to healthy twins despite fears that the disease would spread to the babies.

Jessica Boesmiller, 37, went to her doctor with blurred vision in one eye in November, and within days was diagnosed with ocular melanoma, a rare life-threatening form of cancer.

Her right eye was completely removed three weeks later with the hopes of reducing the risk of the cancer spreading to the babies.

The YMCA director, who delivered a baby girl and boy days before Christmas, said she and her husband, a North Carolina firefighter, were relieved when tests confirmed the babies’ placentas had not been infected.

Though the cancer had not affected the infants, the mother-of-four, her husband, and their two older sons are waiting for the results of a CT scan and MRI to determine if the cancer has spread to other parts of her body. 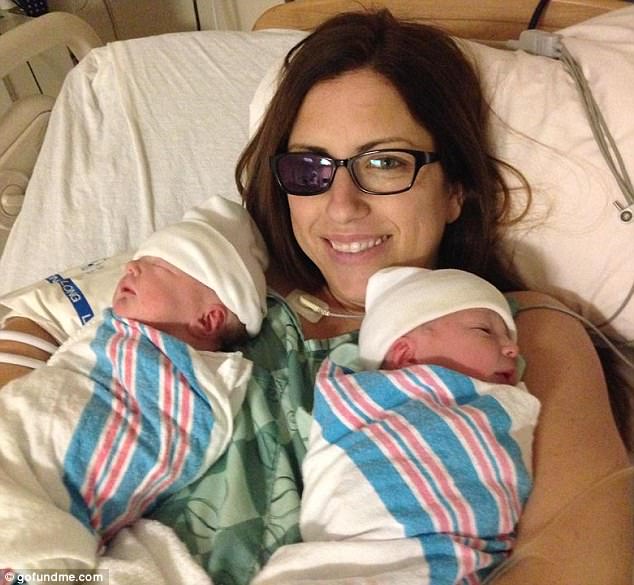 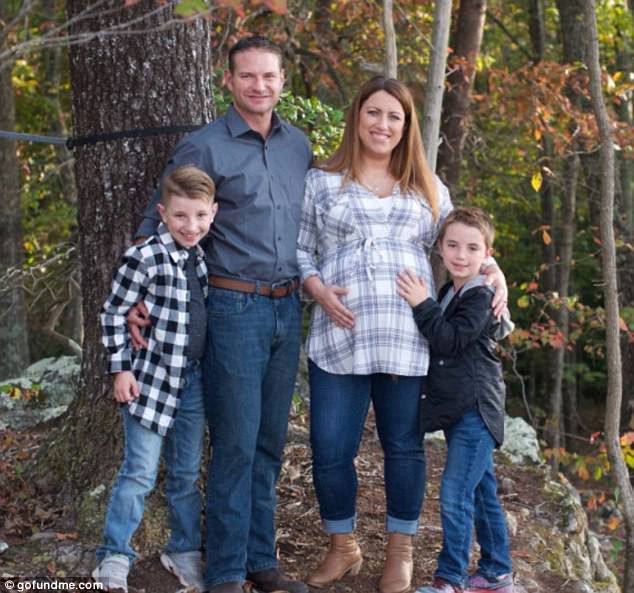 The couple from North Carolina have two older sons, Caleb, seven, and Conner, nine, and are all waiting for tests to determine if their mother’s cancer has spread

At 32 weeks pregnant Jessica experienced blurred vision in one eye but attributed it to her pregnancy.

‘I didn’t notice until I was driving home from work one night but thought I was just tired,’ Jessica told Daily Mail Online. ‘After that, I didn’t feel comfortable driving.’

Within five days of first experiencing the blurred vision, she was at her doctor for fear that she may be experiencing preeclampsia or other pregnancy-related complications.

The tumor inside Jessica’s eye was large, covering half of her eyeball.

Just three weeks after the diagnosis, Jessica underwent surgery to completely remove her right eyeball at Duke Hospital in Durham, North Carolina, more than two hours away from their home in Cornelius, near Charlotte.

Ocular melanoma is a cancerous tumor that develops in the pigment cells that give color to the eyes.

The malignant tumor grows from the middle layer of the eye which you can’t see when looking in a mirror, making it difficult to detect.

Although produced from the same cells in the body, ocular melanoma is different from skin melanoma and is not believed to be related to sun exposure.

It is a rare disease that only affects about 2,500 adults in the US each year and is most common in men 55 and older with light-colored eyes due to the pigment production.

Though rare, a cancer cluster in the towns surrounding the Boesmillers in North Carolina has diagnosed nearly two dozen residents with ocular melanoma, a majority of them are young women.

It is a potentially lethal disease killing half of those diagnosed, especially when it spreads to the liver.

Jessica and Mark’s decision to remove the eye on November 30 ensured the least amount of harm to the babies, whereas radiation or shock therapy was more time consuming and dangerous options.

Scheduling the surgery and c-section weeks apart gave Jessica enough time to recover so she and her husband could prepare for the twins.

A c-section was scheduled for the week before Christmas and an MRI and CT scan to determine the stage of the cancer was put off until a week after delivery. 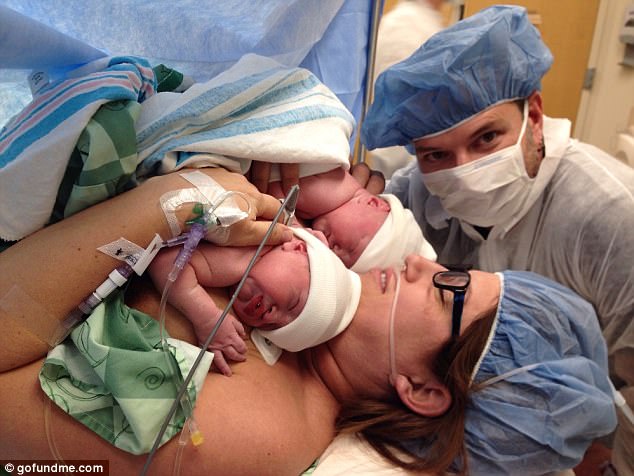 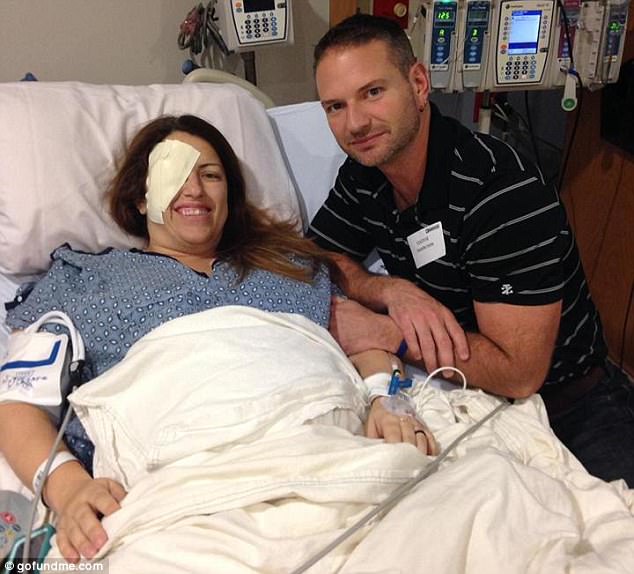 Tests were done on the twins’ placentas which revealed they are cancer free.

The couple also has two older sons Conner, nine, and Caleb, seven, who Jessica said is adjusting well to her diagnosis and their new siblings.

A GoFundMe has been created by family and friends to cover their out-of-pocket expenses of travel to hospitals between North Carolina and Philadelphia, the costs of newborns and to make up for unplanned time off of work.

Mark took to Facebook to write about his wife’s adjustment to her eye patch.

‘After being up half the night due to the plastic cap conformer not sitting correctly under Jessica’s eyelid, we found out the tissue around the eyelid is swollen and pushing the conformer out of place,’ he wrote.

She will get fitted for a prosthetic eye within the month, before going back to work in February.

While the mother-of-four gets used to life wearing her eye patch and two new babies, she is awaiting the results of an MRI and CT scan that she had days ago to learn if cancer has spread to other organs.

If so, Jessica will work with doctors to assess the stage the of cancer and plan out the treatment which would likely consist of radiation therapy.

‘If it’s somewhere else, we’ll start another path of getting rid of that one,’ she said.