A lady named Tora Shae had an interesting interaction with one of her fellow employees at the workplace.  There was a man named Evan in the office that apparently had a problem with Tora’s name and other “hood” names.  There was an altercation and Evan made a scene at first.

Tora had just been promoted and wanted to remain calm and not lose her cool.  So that she did, and concocted a better plan.  With a bit of humor and pettiness, she started to call Evan other typical “white guy” names to screw with him.

Over the course of the next few weeks, she addresses Evan as Steve, Jake, and Sam.  Eventually, Evan has enough, gives in, calls Tora by her right name and says that he gets it. 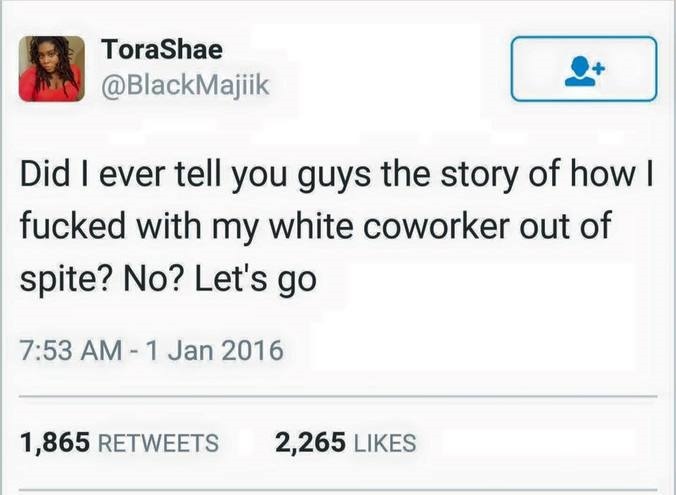 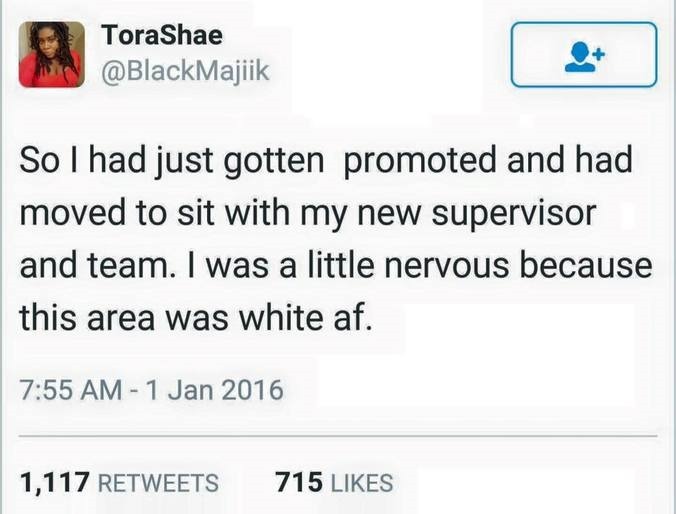 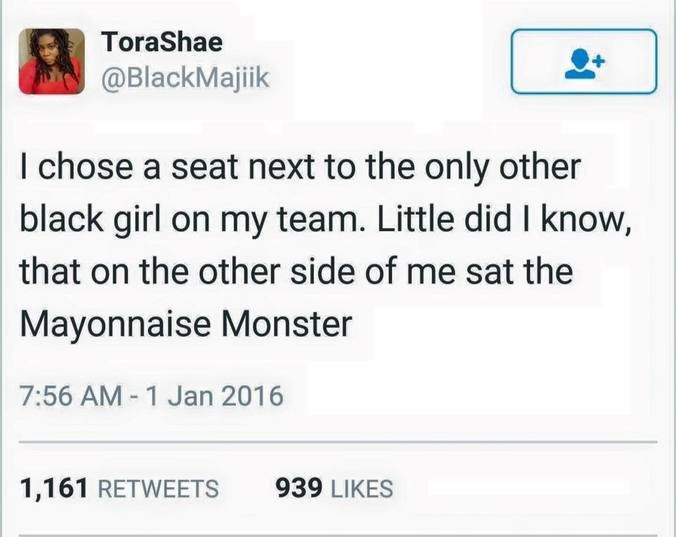 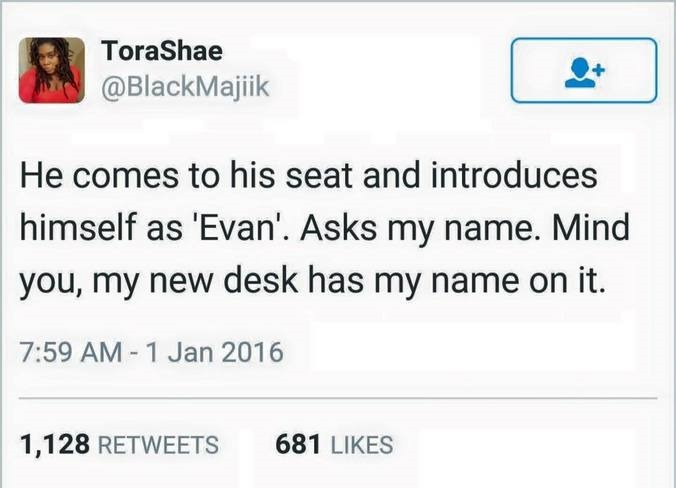 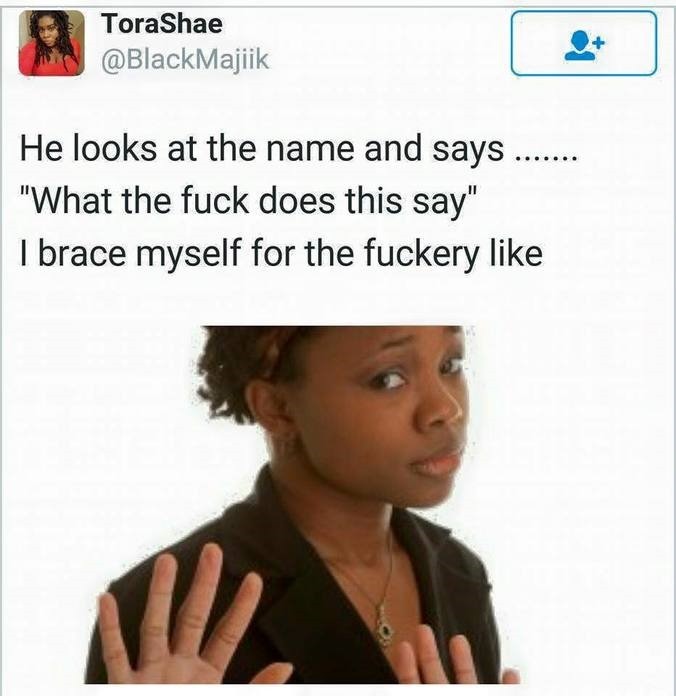 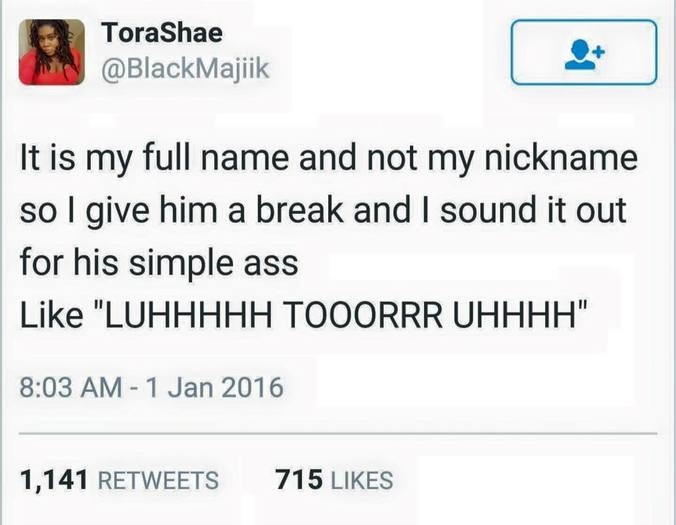 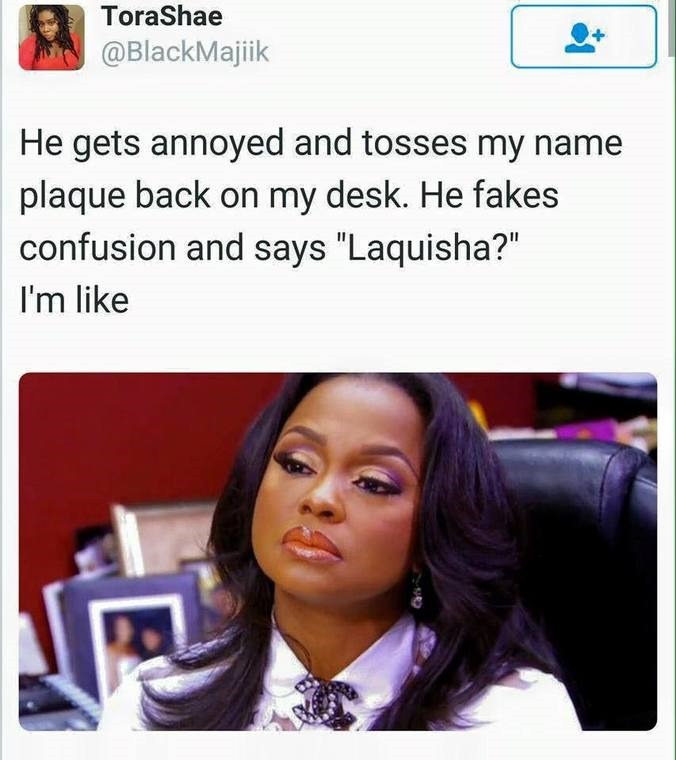 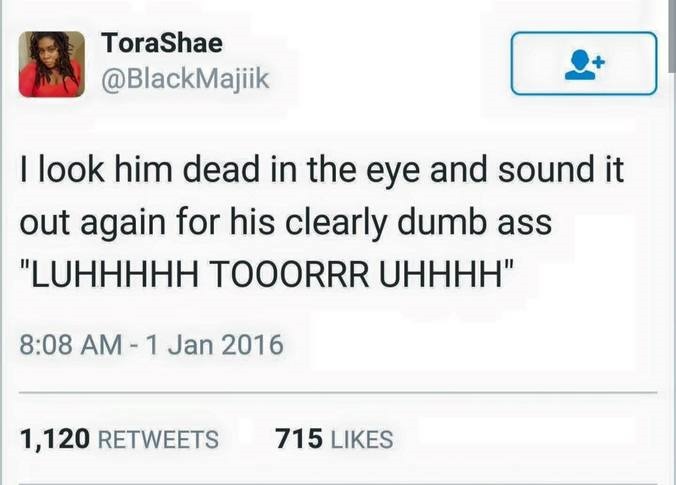 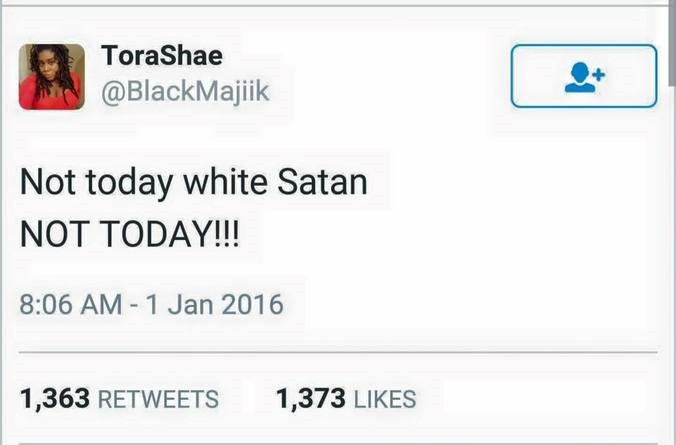 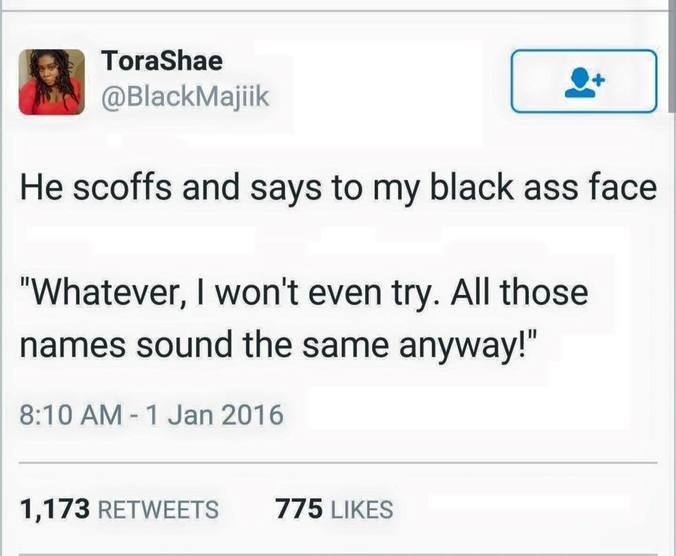 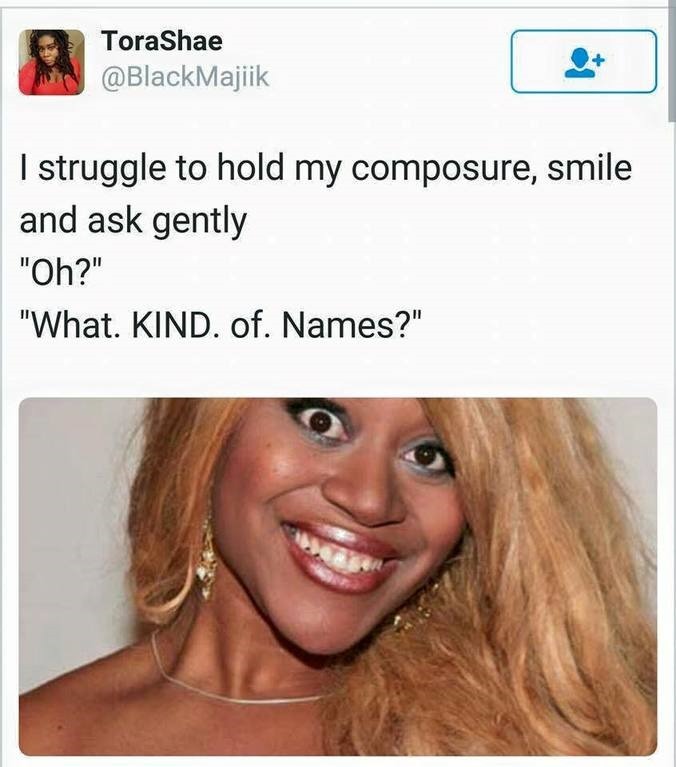 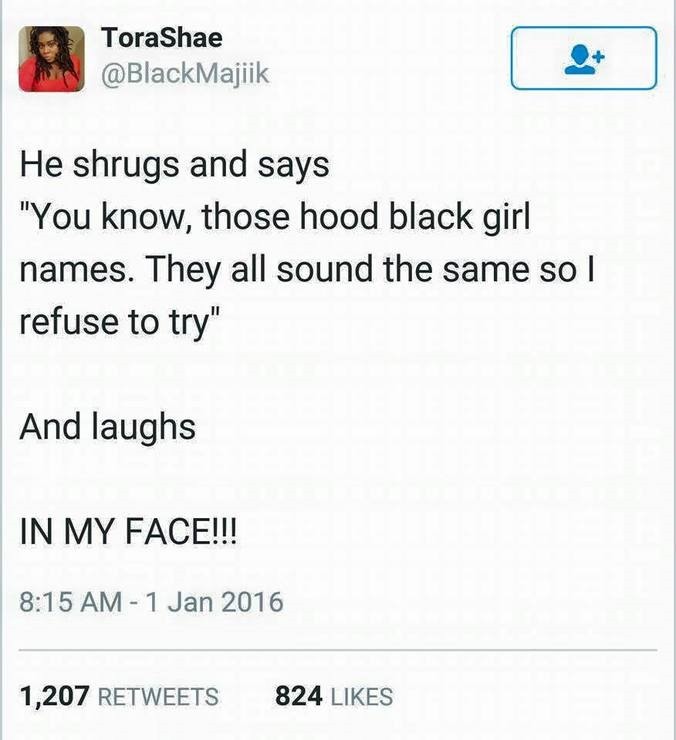 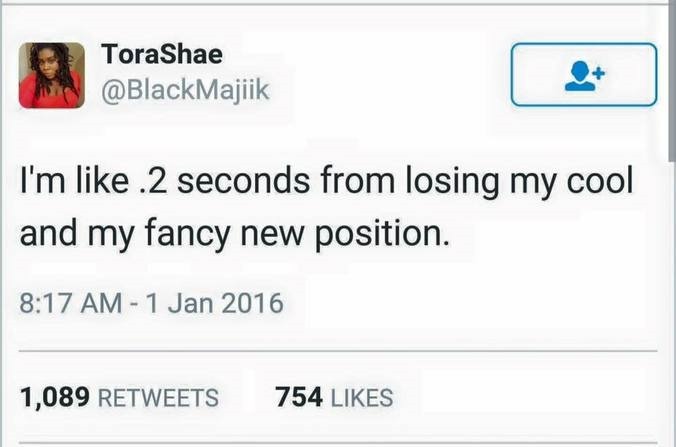 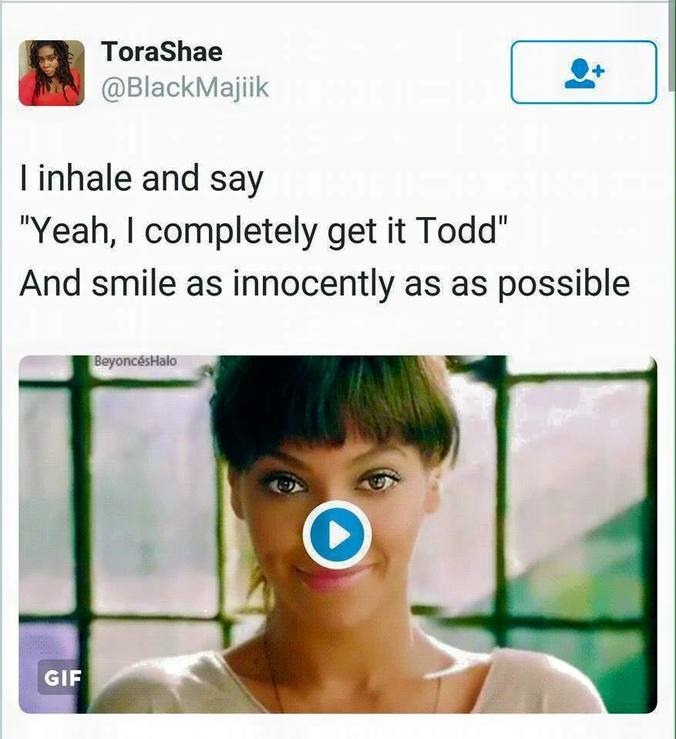 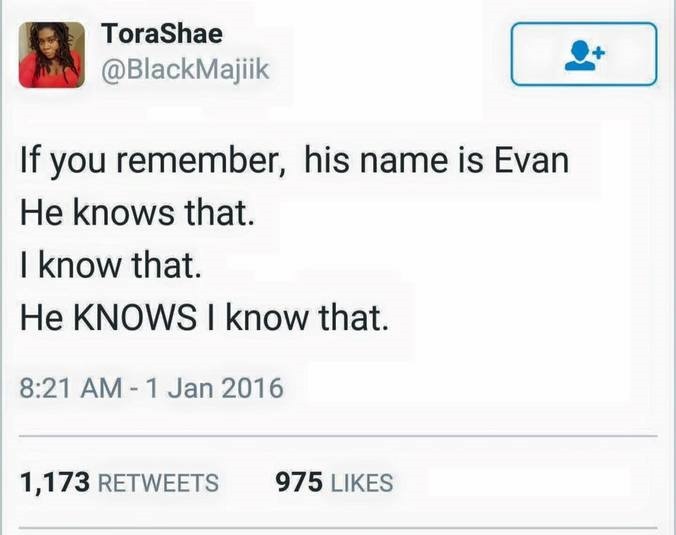 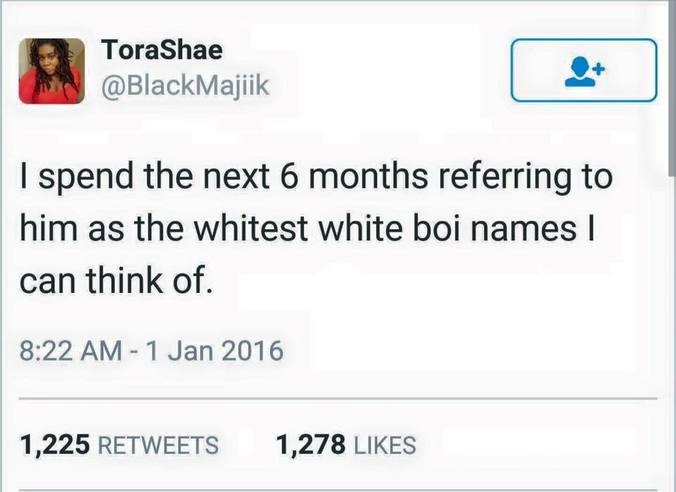 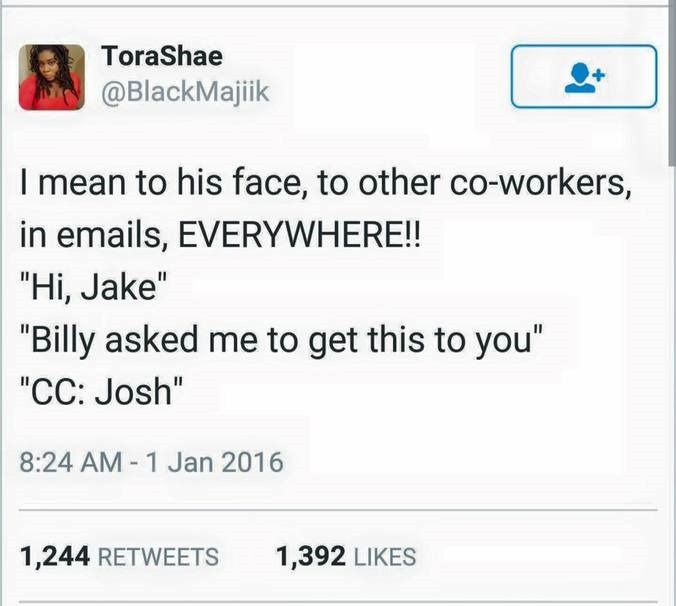 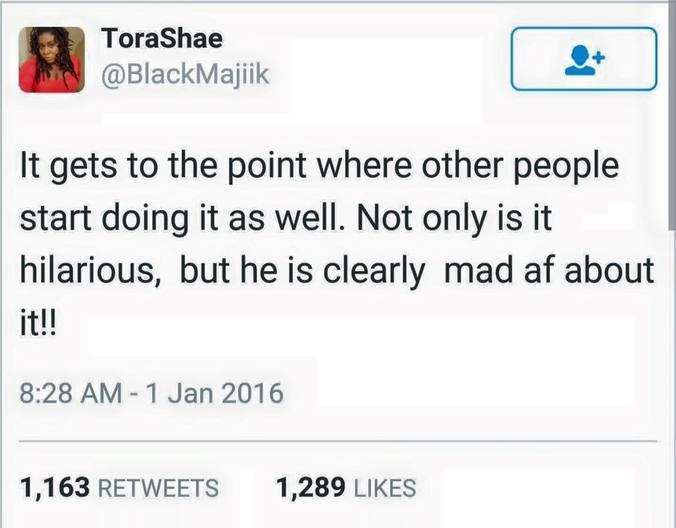 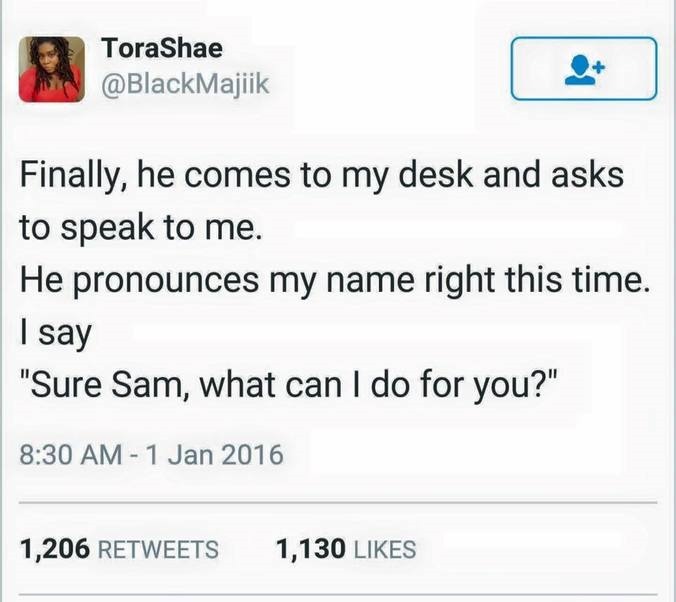 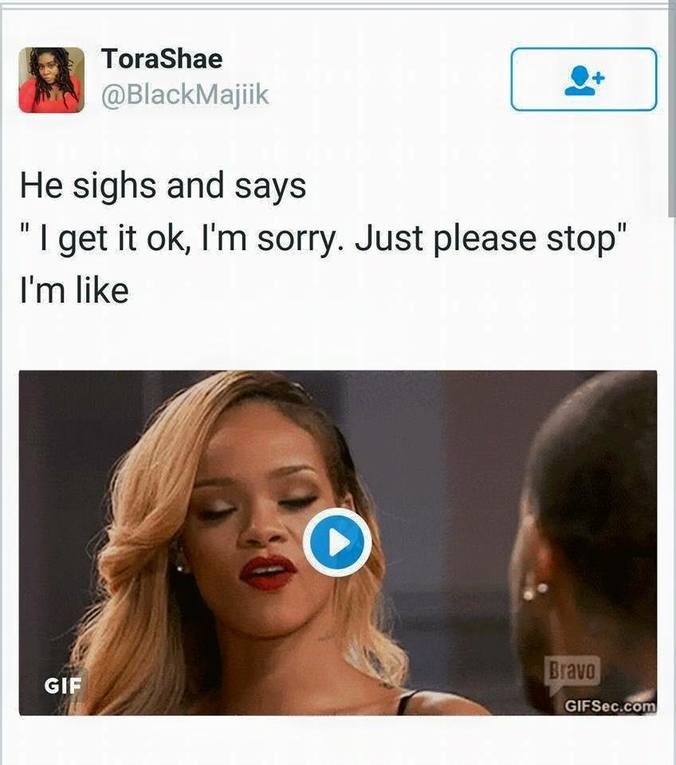 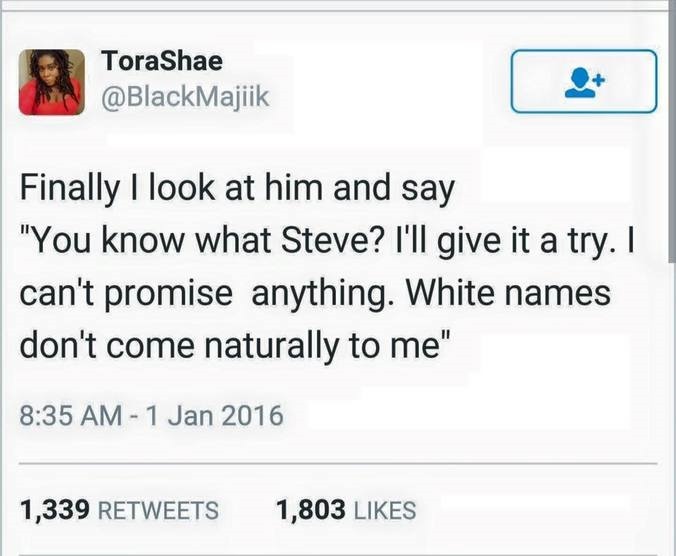 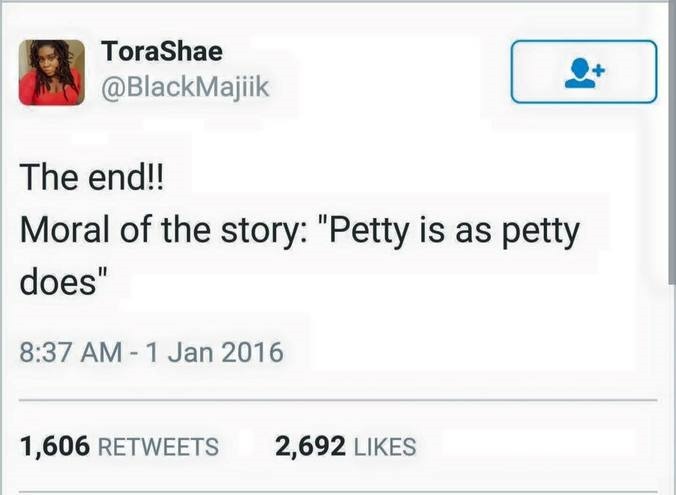 Now, this might not have been the absolute best way to handle the situation, but there are a lot of people who supported Tora.  Many other commenters said that it was too petty and she should’ve just ignored the racist “idiot”.

I think one thing is for sure; it’s doubtful that Evan will make the same miscalculation in the future.

What did you think of this story?  Pass it along to people you know by hitting SHARE!