The retailer instructed employees in an internal memo to remove any marketing material and turn off or unplug video game consoles that show violent games. 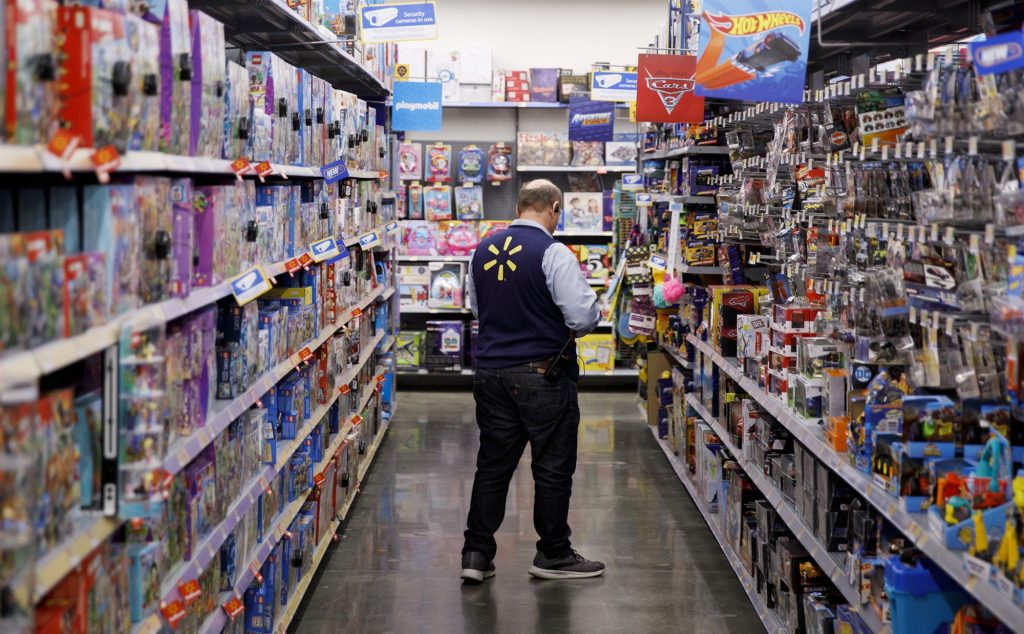 Walmart is pulling violent video game displays from its stores in the wake of last weekend’s deadly shooting at one of its El Paso stores that killed at 22 people — but has also confirmed it still has no plans to stop selling firearms or ammunition.

The electronics section of Walmart stores has traditionally featured video game displays that feature sometimes-violent games. Walmart said that the company has provided guidance for its store managers to remove the displays because some shoppers could mistake the sounds created by the games for actual gunshots.

“We’ve taken this action out of respect for the incidents of the past week, and this action does not reflect a long-term change in our video game assortment,” Walmart spokesperson Tara House said.

Walmart spokesperson Randy Hargrove said the move is a temporary one and stores will be evaluating whether the displays will eventually return.

The retailer instructed employees in an internal memo to remove any marketing material, turn off or unplug video game consoles that show violent games — specifically Xbox and PlayStation consoles, and to monitor and turn off any violence depicted on screens in its electronics departments.

According to the memo, employees were also ordered to turn off hunting season videos in the sporting goods department where guns are sold.

Under the heading: “Immediate Action,” employees were instructed to “Review your store for any signing or displays that contain violent images or aggressive behavior. Remove from the sales floor or turn off these items immediately.”

The company’s policy on sales of video games that depict violence has not changed, nor has its policy on gun sales.

The internal decision to take down the video game displays comes shortly after incidents in Walmart stores this week that renewed concerns about the safety of its customers.

A day after the El Paso shooting, a man was arrested in Florida after threatening to attack a Walmart in Gibsonton, a suburb of Tampa. On Thursday, a man with a loaded rifle and 100 rounds of ammunition walked into a Walmart in Springfield, Missouri. Walmart store associates worked to evacuate the store while the man was detained by an armed off-duty firefighter and arrested by the police.

Walmart has been fielding a deluge of calls this week, demanding that the store discontinue its sales of firearms and ammunition in the wake of the deadly shooting in one of its own stores.

Following the mass shooting at Marjory Stoneman Douglas High School in Parkland, Florida, Walmart banned sales of firearms and ammunition to people younger than 21. It had stopped selling AR-15s and other semi-automatic weapons in 2015, citing weak sales.

There is no known link between violent video games and violent acts.

Patrick Markey, a psychology professor at Villanova University who focuses on video games, found in his research that men who commit severe acts of violence actually play violent video games less than the average male. About 20 percent were interested in violent video games, compared with 70 percent of the general population, he explained in his 2017 book “Moral Combat: Why the War on Violent Video Games Is Wrong.”

The killings in Texas, followed by another in Dayton, Ohio, just hours later that left nine dead, have put the country on edge.

A backfiring motorcycle in New York’s Times Square set off a stampede Tuesday. Video footage showed the throngs rushing out of the busy tourist and entertainment area, some taking cover behind vehicles and in doorways.

The New York City Police Department took to social media saying, “There is no #ActiveShooter in #TimesSquare. Motorcycles backfiring while passing through sounded like gunshots.”

There have been 254 mass shooting in the United States this year, according to the Gun Violence Archive. That means there have been more instances of four or more people being shot in individual outbreaks of violence than there have been days in 2019.

The latest shootings have supercharged an already hot political topic this year.

“Companies that sell guns have a responsibility to the safety of their communities. @Walmart is one of the largest gun retailers in the world. The weapons they sell are killing their own customers and employees. No profit is worth those lives. Do the right thing_stop selling guns,” Warren tweeted.

Hargrove, the company spokesperson, said Walmart is aware of Warren’s tweet but noted the retail giant has no plans to discontinue gun or ammunition sales.

According to Hargrove, about half of the 4,700 Walmart stores in the United States sell guns and many more sell ammunition.

While the gun used in the El Paso shooting was not purchased at a Walmart, guns, and ammunition purchased at Walmart stores have been linked to a number of high profile shootings, including the 2011 shooting in Arizona, in which 18 were shot, and the 2016 Orlando nightclub shooting, in which 49 people were killed.

Hargrove said that Walmart has heard from a number of stores that have expressed concern about safety and security in their stores. He added that Walmart is responding to the stores on a case by case basis, and, in some cases, is facilitating additional security resources for stores, including hiring third-party security and utilizing off-duty police officers.