Do you like to lift weights? If so, then you definitely don’t want to do what a man from Worms, Germany recently did.  There are many different situations where people have found a way to hurt themselves in the gym but this looks one of the most awkward, unfortunate, and painful of them all.

The unidentified man put his penis in the hole of a barbell, and it became lodged in that hole. When he realized it became stuck, he was transported to a local hospital to have a doctor remove it. When that failed to work, the doctors called the fire department.

According to the Feuerwehr Worms Fire Department, the man’s penis was stuck in the hole for nearly three hours. They had to use a saw, a hydraulic rescue device, and angle grinders to break the plate apart. The 5.5-pound weight shattered into five pieces.

Taking a picture of those pieces, the department used its Facebook page, urging people not to imitate actions such as this. They’re sure that someone, somewhere in the world, will try it just to see what happens. 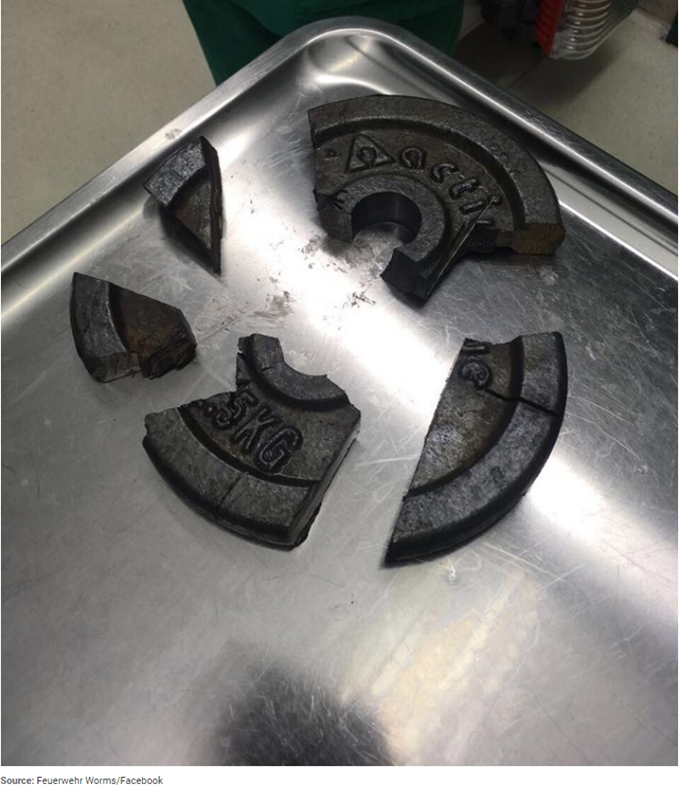 Be careful at the gym, it’s very important to maintain safety and awareness with heavy objects that can seriously injure and possibly even kill.