The man heard about five to six shots and ordered his family to get to the floor of their West Rogers Park apartment.

They waited there for about 10 seconds before the man cautiously peeked out the window. 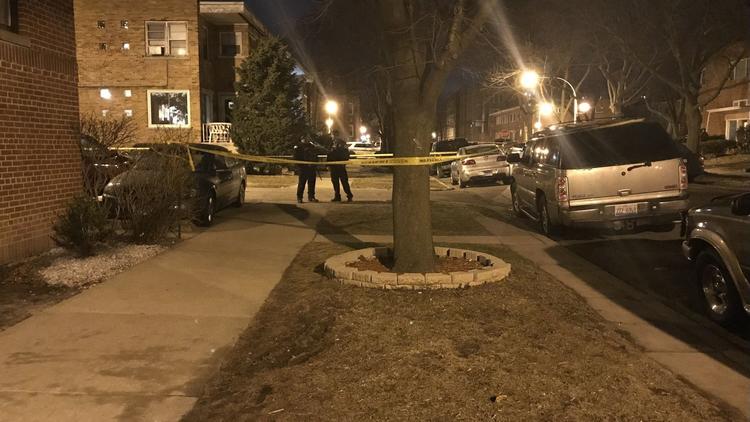 He saw someone stumble and fall near an SUV in the 6500 block of North Francisco Avenue on the Far North Side.

“Are you OK?” the man, who did not want to give his name, said he called out his window.

In his apartment, the man called 911 but saw the victim get into a car and leave the area.

Chicago police say a 33-year-old man was walking in an alley around 12:15 a.m. Saturday when someone approached him and fired shots.

He took himself to Swedish Covenant Hospital but was transferred to Advocate Illinois Masonic Medical Center in serious condition with a gunshot wound to the chest, police said.

The man was among six people shot Friday and early Saturday, one of them fatally.

In the homicide, Peggy Goodman, a woman in her late 60s, was shot and killed around 11:10 a.m. Friday in the first block of East 37th Place in the South Side’s Bronzeville neighborhood, police said.

Goodman lived on the same block on which she was killed. She was pronounced dead at the scene at 11:29 a.m.

An 18-year-old woman was stabbed in the same incident and rushed to an area hospital in critical condition.

A 31-year-old man was taken into custody after the attack, police said.